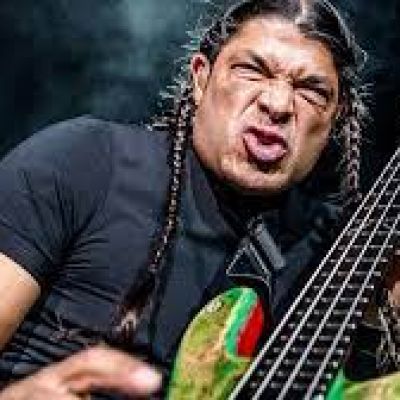 Robert Trujillo is a songwriter, musician, bassist, and actor. He is best known as the current bassist for the heavy metal band Metallica.

Roberto Agustin Trujillo was born on October 23, 1964. He was born in Santa Monica, California, and grew up in Culver City, California. Having a mother who was a music fan exposed him to it at a young age.

At the age of nineteen, he enrolled in jazz school. Trujillo aspired to be a studio musician, but his love of metal and rock remained.

Trujillo rose to prominence as the bassist for the band Suicidal Tendencies. This is a California-based crossover band. He was a member of it until the mid-1990s.

He was a member of the Infectious Grooves band while still a member of Suicidal Tendencies. Mike Muir is a vocalist who worked with him in that band.

Robert Trujillo’s Income And Net Worth

Robert Trujillo’s net worth is estimated to be $35 million as of September 2022. He makes the majority of his money by playing in various bands. When Trujillo joined Metallica, he was given a $1 million advance. He is compensated for his various roles in films and television shows. He also works as a songwriter and a film producer, which are two of his other sources of income.

Trujillo has a wife named Chloe. The couple has two kids. They are Lulah, the daughter, and Tye, the son.