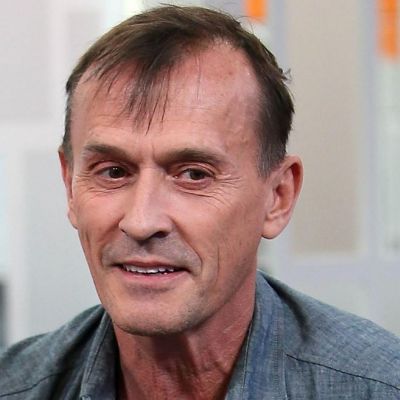 Robert Knepper is a US actor who began his career in 1986. He has appeared in a number of films, TV shows, and video games.

Robert Lyle Knepper was born in Fremont, Ohio on July 8, 1959, to Pat Deck and Donald Knepper. His father was a veterinarian in Maumee, Ohio, and his mother worked as a props handler in a community theatre. Robert became interested in acting at a young age.

Robert’s initial intentions were not to work in television or film projects, but he did so in 1986. That’s Life and The Paper Chase were his first two minor film appearances. Later in his career, he landed major roles in films such as Young Guns II, Wild Thing, and When the Bough Breaks. As his film career grew, he began appearing in television shows such as Star Trek, Twilight Zone Law & Order, and The Next Generation, as well as ER.

His breakthrough in television came with his appearance in the Prison Break series from 2000 to 2009. His character, “T-Bag,” was one of the greatest TV villains of all time. After the series ended, he appeared in the final season of Heroes as Samuel Sullivan. Aside from the two television dramas, he has appeared in several others and a number of films, becoming one of Hollywood’s most sought-after actors.

Robert has yet to win an award in his acting career, despite being nominated for several. This is in no way a true reflection of his success in the film industry. Despite the fact that he has no personal awards, his work has won several awards in film and television series. His success with Prison Break was recognized when the show won the People’s Choice Award for Favorite New TV Drama in 2005. When he was nominated for Best Supporting Actor in the 2006 Satellite Awards, he came close to winning a personal award.

Robert’s personal life has been full of ups and downs, some of which nearly derailed his career in the film industry. He married his first wife, Tory Herald, in 2002, and they have one son, Benjamin Peter. The couple announced their divorce in 2009 due to irreconcilable differences. Despite their divorce, they have been co-parenting since. Following his divorce from Tory, he met Nadine Kary, whom he married in 2013. The couple has no children.

Susan Bertram, a costume designer, accused him of sexually assaulting her on the set of the 1991 film Gas Food Lodging in 2017. Robert denied the allegations in an Instagram post. Susan filed for defamation almost 27 years later, along with four additional allegations alleged to have occurred between 1983 and 2013, all of which Knepper vehemently denied.

Robert Knepper’s Salary and Net Worth

Knepper, Robert Net Worth Acting is a lucrative career, with many actors making a fortune. Robert is no different from other Hollywood actors who have amassed fortunes over the course of their careers. Television dramas such as Prison Break and Heroes received high ratings and generated a lot of revenue. As of June 2022, Robert Knepper’s net worth is $4 million. His net worth will rise gradually as his acting career nears its end.

Sexual assault allegations nearly ended his career, and while he was not found guilty, his career was harmed. The CW Television Network investigated him twice and found no evidence of wrongdoing. He was let go by the network and did not appear in the final season of iZombie. Robert Knepper has consistently denied all sexual allegations levelled against him.