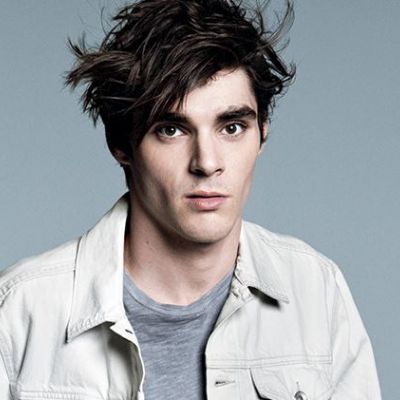 RJ Mitte is a model, actor, and film producer from the United States of America. He has participated in various TV shows, the most well-known of which was the crime drama thriller “Breaking Bad.”

Doctors diagnosed RJ Mitte with Cerebral Palsy when he was three years old. He scarcely walked during his childhood, but things improved after a while because he was practising sports and workouts that strengthened his body and legs, allowing him to move without the assistance of any walking equipment. RJ Mitte’s parents divorced after they adopted him; he lived with his mother and sister Lacianne Carriere at a young age, and he was financially responsible for the family. He is still accountable for his family because he works multiple jobs to provide for them.

RJ Mitte has never been in a relationship or gone on a date in his personal life. It appears that he is either too busy for that or has no interest in relationships.

RJ Mitte made his acting debut after moving to Los Angeles with his family, with an additional little role in the popular “Hannah Montana” Disney series. Following that, he decided to take acting training and eventually landed his most famous role in the crime drama thriller series “Breaking Bad,” for which he garnered numerous award nominations and wins.

RJ Mitte appeared in an episode of the teen drama “Switched at Birth.” Among his most successful films are the fantasy thriller “House of Last Things,” the drama “Who’s Driving Doug,” and the science fiction action film “The Recall.” RJ Mitte’s modelling credits include a Gap ad and a walk for Vivienne Westwood, the designer and businesswoman.

RJ Mitte’s films in 2018-2019 included a drama titled “Time Share,” a thriller titled “River Runs Red,” an action titled “Adi Shankar’s Gods and Secrets,” and a drama titled “Triumph,” for which he is also an executive producer. He also had a recurring role in the drama “This Close.”

RJ Mitte doesn’t have many accolades to his name. All of his awards and nominations were for his performance in the “Breaking Bad” series. RJ Mitte received the Screen Actors Guild Award for Outstanding Ensemble Performance in a Drama Series in 2013, as well as the SAG-AFTRA Harold Russell Award at the Media Access Award. He was also nominated for three further awards, all for the same series, making it his most successful.

RJ Mitte’s Salary and Net Worth

As of June 2022, the net worth of actor, model, and film producer RJ Mitte is $3 million. He amassed his fortune through his performances in films and television programs, as well as his work as a producer and model. RJ Mitte’s most well-known part was in the “Breaking Bad” television series.

RJ Mitte is a skilled actor and model who has yet to appear in many TV shows and films. He’s also a movie producer who aspires to be a director, which isn’t far from him. RJ Mitte’s work in the “Breaking Bad” series earned him a lot of attention in the acting world, and he has won a few honours for it.