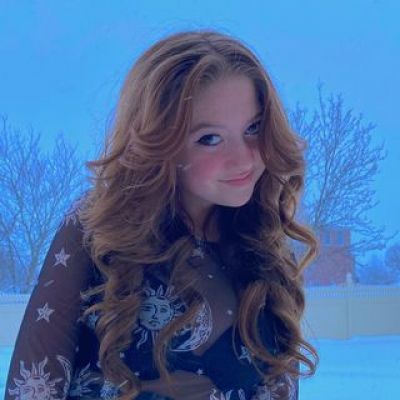 Rilyn Dinyae is a TikTok and Instagram sensation from the United States. Rilyn Dinyae is a social media influencer who is well-known for her TikTok lip-sync posts. She also has her own YouTube channel, where she uploads entertaining videos.

Who is Rilyn Dinyae? Rilyn Dinyae was born in Pennsylvania, USA, on April 25, 2006. She is 15 years old and was born under the Taurus zodiac sign. She is a citizen of the United States of America.

Her parents’ names and other specifics about them are currently unavailable. She does, however, have a brother named Landin. Aside from that, there are no other details about her family or other relatives available at this time. She prefers to keep her personal and family life private as a well-known social media celebrity. And she doesn’t want to discuss it in public or in front of the camera.

Rilyn Dinyae has experienced a lot of bullying in the past. There was also a time when she was bullied at school on occasion and developed anxiety as a result.

Rilyn suffers from Wyburn–Mason syndrome, a rare medical disorder. Bonnet–Dechaume–Blanc syndrome is another name for the condition. This is a rare, non-heritable disease. The retina, sensory pathways, midbrain, and facial structures are all affected. This is a rare and difficult condition to diagnose.

Her favorite color is teal, according to her. Her hair has always been colored, and she has done so since she was a teenager. Rilyn’s hair has been dyed since she was eight years old. However, she prefers pink or blue hair, which she often combines to achieve a purple hue. Rilyn, too, wears a lovely shade of green on occasion, which complements her golden lustrous locks. She has also worn a variety of hairstyles, varying from a very short bob to hair that is waist-length.

Rilyn is not a sports fan or an athlete. She considers herself to be a girly girl who does not like sports. She does, however, enjoy swimming and has a favorite football team. Her passion is dance. She’s specialized in a variety of dance styles, including tap, hip-hop, and jazz. She’s also appeared in a Disneyland event. Rilyn, on the other hand, enjoys singing.

When he was a kid, she was a picky eater, and her favorite food is fried chicken wings. She is a passionate animal lover who aspires to work as a veterinarian one day. Rilyn has a Chihuahua and a Yorkshire Terrier as pets. There’s even a sweet little goldfish in the mix. Her best friend’s name is Merlin, and she is her best friend. They met when they were both two years old, during her pre-school years. Rilyn used to be obsessed with Hannah Montana when she was a child. She also used to introduce herself as “Hannah” to strangers. She’s also a world traveler who’s visited locations like Disneyland, Atlantis, and Jamaica.

Rilyn Dinyae has always had a strong desire to dance. She created a TikTok account and started uploading videos of herself dancing to the website in order to show the world her talent. She’s been causing quite a stir since she first appeared on this app. Her dance videos received a lot of attention, with a lot of likes, shares, and comments.

Rilyn first came to fame as a result of her dance videos. She then moved on to making lip-sync and comedy films. She has also worked with well-known musers such as Paul Zimmer, Rebecca Zamolo, and Lauren Godwin. To date, Rilyn has created a variety of bizarre comedy videos. She has now won the title of “crowned user” and has been confirmed. She also made a video for her fans later to reveal her secret to achieving this coveted title.

Rilyn Dinyae has her own YouTube channel, which she calls “Rilyn Dinyae.” She started the channel on July 28, 2016, and it now has 841,071 subscribers. She also uploads videos about fashion, new trends, DIY, travel, makeup, and a variety of other subjects. Rilyn is a compulsive shopper. She often shops at her favorite brand stores for clothing and accessories. She also uses her Youtube channel to share her purchases with her fans and followers in the form of haul videos.

Rilyn Dinyae is also well-known on other social media sites such as Instagram and Twitter. She also uses these social media pages to communicate with her fans. On Instagram, she posts a lot of stunning and eye-catching images. Rilyn has a lot of pictures on her Instagram account, and they’re all worth watching.

Who is Rilyn Dinyae’s Boyfriend? At the moment, Rilyn Dinyae is pretty much single. She is far too young to get into some sort of romantic relationship. However, we can conclude that she has a large number of admirers due to her appearance, personality, and behavior. She is a lovely and responsible young lady. As she is still young for a romantic relationship, she will undoubtedly meet someone who will adore her in the future.

Rilyn Dinyae’s parents manage all of her social media accounts. And she’s pretty active, too. She has also amassed 816K TikTok followers and 12.9K Youtube subscribers. In addition, she has 40.9K Instagram followers and 372 Twitter followers. Rilyn is also a Snapchat user.

How much is Rilyn Dinyae’s Income? Rilyn has a net worth of $1 million to $5 million, according trencelebsnow. TikTok and Youtube are her primary sources of revenue. She also has a website where she sells her signature line of hoodies, sweatshirts, mugs, and other products.