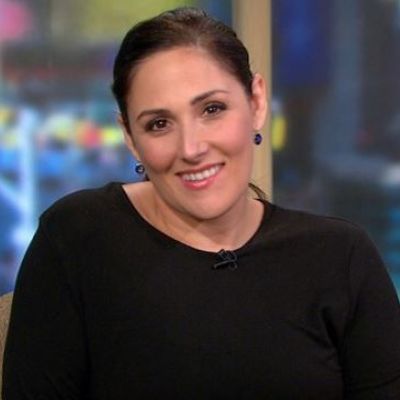 Ricki Lake is the lady with the power to retain the audience’s attention with her killing looks and jaw-dropping acting abilities.

Ricki Lake is an American actress and television host who was born Ricki Pamela Lake on September 21, 1968, in Hastings-on-Hudson, New York. Berry, her father, was a pharmacist, and Jill, her mother, was a housewife. Jennifer Lake, her younger sister, is a model. Sylvia Lake, Ricki’s maternal grandmother, raised her from childhood.

She returned to her parents after her death. She had to change schools several times as a result of this. Ricki Lake first attended Hastings Elementary School, then Farragut Middle School for a short time before being transferred to Hastings High School. She studied here for two years before enrolling at Professional Children’s School, where she began learning to act.

She attended Ithaca College after finishing high school here but left after one year since she had landed her first picture.

In terms of her personal life, Ricki met her first love in the early 1990s. After dating for about six months, she married cartoonist Rob Sussman in 1994. They stayed together for ten years and were delighted parents of two children. Ricki married Christian Evans in 2012 after her divorce from Rob in 2005, but they divorced again in 2015.

Lake has always aspired to work in the entertainment industry. She chose to pursue a career in show business after seeing a rendition of ‘Annie’ when she was seven years old. Ricki Lake was obese and overweight as a child, so her parents discouraged her, worrying she wouldn’t be successful, but she didn’t give up. She chased her dreams with zeal.

Initially, she concentrated on singing and even worked as a professional vocalist in a few cabarets and clubs while still in her teens. This drew the attention of filmmakers, and one lovely day, she was summoned to do an audition for the film Hairspray. The talented lady landed the position of lead actress as expected, and the film proved to be the most significant breakthrough in her life. At the time, she was only 20 years old.

This film made her so renowned that she was able to land feature after film despite being tubby. Soon after, she chose to undergo a physical transformation, which was critically needed for her career as an actress. After dropping nearly half her weight, she made a comeback in 1993. After this change, she entered the mainstream of success. She produced many successful films starring well-known actors and even hosted a few television series.

Ricky was a big success and was awarded as a TV host. At the age of 24, she became the youngest woman to host the show ‘Ricki Lake.’ She received a ‘Daytime Emmy Award’ in 2013 for her award-winning show ‘The Ricki Lake Show.’

Ricki Lake’s Salary and Net Worth

Ricki Lake has a diverse range of interests outside of acting. She is a television host, producer, and author. She is no longer active as an actress, yet she was once one of Hollywood’s most in-demand actresses. As a result, the gifted lady has amassed a sizable net worth.

Ricki is currently believed to have a net worth of $20 million as of January 2023. She earned this much money via acting and hosting TV shows. Her own program is highly profitable, which contributes to her amazing net worth at this age.

Celebrities are usually role models for individuals, but Ricki Lake is especially inspiring for those who are suffering from their weight. Don’t give up if you’re also overweight. Take a peek at her.