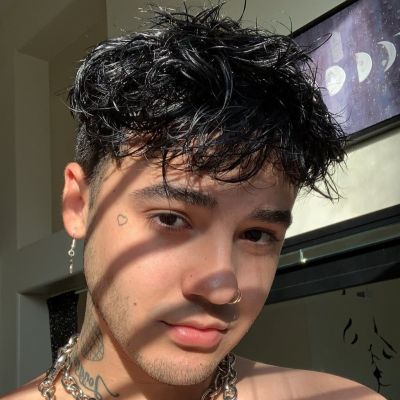 Adym Alyxander Yorba, better known online as “Ricco,” is an American singer and hip hop artist who is well-known as a TikTok and YouTube star. Ricco goes by many online aliases, including ‘Its Ricco tho,’ ‘Papi Ricco,’ and ‘Lastmann.’

Ricco was born on June 24, 1996, in Los Angeles, California. He is 24 years old right now. The star’s real name is Adym Alyxander Yorba, but he goes by the handle “It’s Ricco tho” on social media. His nicknames include ‘Lil Drip,’ ‘Lastmann,’ ‘Its Ricco Tho,’ and ‘Papi Ricco.’ Ricco enjoyed his childhood in the Van Nuys neighborhood with his seven siblings.

Sawyer is the name of one of his brothers who still lives in Los Angeles. Ricco, a handsome American, is a citizen of the United States.This famous social media personality has not revealed his parents’ names, other siblings’ names, or educational qualifications. He appears to be a high school graduate, based on his age.

Ricco’s career began in his apartment, where he began filming TikTok videos in the confines of his four walls and uploading them to his account. This attractive California native rose to fame thanks to his TikTok account, ‘last mann,’ where his lip-sync videos to songs have amassed over 1.3 million followers. His TikTok fame has extended to Instagram, YouTube, Twitter, and other social media sites.

On January 8, 2012, he launched his YouTube channel. Similarly, on February 5, 2017, he posted a video titled “100 layers sock challenge” that received a lot of attention. He has two YouTube channels: one for music and the other for videos. One is for his personal material, while the other is for his burgeoning musical career. On December 31, 2015, this young boy posted his first Instagram photo. He began to amass a large fan base thanks to his natural charm and self-taught dance steps.

On March 2, 2016, the social media sensation released his first EP, “Single Handed.” In early 2016, he also wrote, made, performed, and even distributed his first EP, ‘Single Handed.’ The 5-track EP was well received by the audience. Similarly, his fans adored the songs “Lowkey,” “I Know,” and “Lebron James” for their “straight-talking” lyrics, aggressive delivery, and creative production.” Since then, he’s launched the singles ‘Saucin on You,’ ‘Pablo,’ and ‘Guanpanese,’ among others.

His videos now receive hundreds of thousands of views on a daily basis, with the most famous video receiving over two million views. On his YouTube channel, he usually posts reaction videos, Q&As, and challenges. Apart from that, he is often compared to Justin Bieber due to their obvious similar fashion sense.

Attractive Ricco is a straight man who is dating Langie, a well-known internet celebrity. They always post each other’s photos to their respective Instagram accounts. His girlfriend also appears in his videos. Furthermore, many people admire and respect this lovely couple. They also have a YouTube channel called It’s, Adie, which has over 185k subscribers. They also collaborate on challenge and prank videos.

Many people have criticized him for his obscene gestures during his TikTok appearances, which have sparked debate. As a result, he has earned a very illustrious reputation. However, his ardent supporters seem to be unconcerned about the allegations. Despite, or maybe because of, the controversies, he manages to become one of the most famous Musers of all time.

With a height of 5 feet 10 inches, Ricco is tall and attractive. He weighs between 68 and 71 kilograms. Ricco has brown eyes and brown hair, and he is very attractive. Ricco often changes his hairstyles often, as well as his hair color, which ranges from blue and pink to red to even orange.

Two pineapples on both sides of his neck are among the star’s many tattoos. As his fans began to associate him with the fruit, he eventually welcomed the idea and made the fruit his logo.

Net worth and Social media

Ricco, as a social media celebrity, is involved on a variety of social media platforms. On different social media sites, this young and talented hunk has captured the hearts of millions of fans. On Instagram, he has over 56.4k followers, and on Twitter, he has 201.1k followers. Similarly, his YouTube channels have 1.36 million viewers.

In terms of his net worth, he would undoubtedly gain a small fortune from his career. He just makes $90,000 from his YouTube channel. He also has another account where he earns money. His true net worth, according to the website richidol, is $5 million.