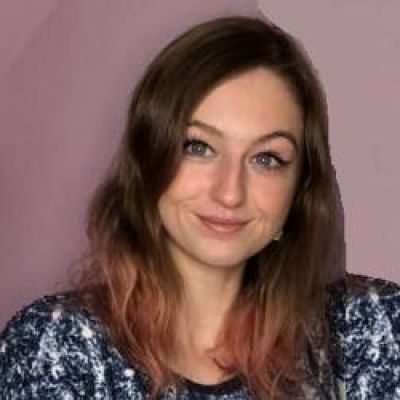 Rhia Official is a well-known Welsh social media celebrity who rose to prominence after posting lip-sync videos on her TikTok account. Rhia Official also has a YouTube channel where she often uploads lessons describing the steps she takes to make her TikTok videos.

On September 20, 1995, Rhia Official was born into this world. She is Welsh by birth and possesses the nationality of Wales. Her zodiac sign is Virgo, and she is now 25 years old. She does not divulge her true name since she values her privacy. She also wishes to keep her friends and family’s identities hidden. Furthermore, Welsh is her native tongue, while English is her second.

She started dancing when she was four years old and has continued doing so for the last 19 years. She has competed in and performed in several dance contests and events since then. Despite her social media popularity, she places a strong emphasis on conventional education and has a master’s degree. She also has a black and white dog called Spot, who appears in her live streams on occasion.

In June 2017, Rhia Official began recording and sharing short hilarious videos on the TikTok app. As a result, what began as a simple pastime became into a social media sensation in only one year. She had signed up for the app because she was bored after completing her undergraduate degree and was looking for new ways to express herself.

She had over 7000 followers in a few of months, but her fame skyrocketed when one of her videos was published on the app on October 10th. It was for a contest called “Design a Game,” which she had entered in the hopes of being recognized. She seems to have been successful in her endeavor.Over the course of the following several months, the app highlighted her recordings more than a dozen times. Her video was chosen from all around Europe for the ’24 Days of Christmas’ event on December 19th. She not only got a Fitbit tracker as a present, but her fan base also grew to over 20,000 by the New Year. She decided to build a YouTube channel to give TikTok video creating tips when people started flocking to her musical.ly page.

When Disney and FIFA chose her to promote Women’s Football Week after she reached a follower count of 40k on musical.ly in April 2018, she earned her first-ever paid commercial. By June of that year, she had amassed a following of 100,000 people and her videos had received over a million likes. She released a video to commemorate the occasion, which has received over 20 million views to far.

She was also accumulating hundreds of thousands of admirers every month until August, when she received crown verification from the app, which had merged with TikTok at that point. She surpassed 1 million followers on the short-form video-sharing app in November 2018, and currently has 2 million.

Rhia Official damaged her nose while playing tug of war when she was 11 years old. She said in a video that she had a photographic memory. Her claustrophobia and fear of flying are two of her greatest worries. Despite having attended swimming lessons for approximately a year as a youngster, Rhia is unable to swim. She is also a great admirer of Anne-Marie, an English singer, and her song “Perfect To Me” is one of her favorites. She also adores Chloe Lukasiak, a prominent dancer and reality TV personality.

In terms of her personal life, she is in a committed partnership. As a result, Rhia Official has been dating fellow TikTok artist David, who goes by the nicknames ‘Hocaspocas94′ and ‘Dsp1994,’ since early 2019. In addition to being a martial arts instructor who specializes in Taekwondo, he is an up-and-coming model who is represented by three talent agencies.

In September 2018, David began following Rhia on TikTok, and she returned the favor in November. After speaking for a while, they scheduled a meeting for January 26th in Cardiff, where they met for the first time. Soon after, the two started dating and have been constantly uploading photographs and videos of themselves on their individual social media accounts.

David was also persuaded by Rhia to create a YouTube channel. On their own YouTube accounts, the pair recently shared vlogs from their holiday in Plymouth. He refers to her as ‘Bob,’ and their admirers refer to them as ‘Dhia,’ which the pair has begun to use in their social media postings. The two, on the other hand, have a strong relationship and look adorable together.

She is a lovely and gorgeous young lady with a charming attitude. Rhia has a beautiful, voluptuous physique. She is a tall woman, at 5 feet 8 inches tall. She also weighs roughly 56 kg. Her physical measurements are 33-26-36 inches as well. She also has a stunning set of blue eyes and blonde hair. 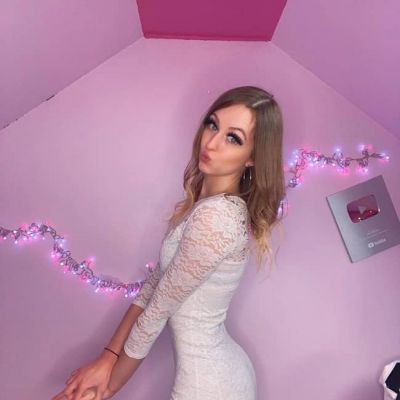 Her Instagram account, @rhia.official, has a following of over 148K people. She’s also on Twitter, where she has over 46 followers. Her TikTok account now has over 7.3 million followers and 286 million likes. Her YouTube channel, meanwhile, has over 443K followers.Her skills has brought her a lot of attention and recognition. She is a well-known social media personality. Her earnings, on the other hand, may be comparable to those of a social media celebrity. As of 2020, her net worth is projected to be over $1 million.