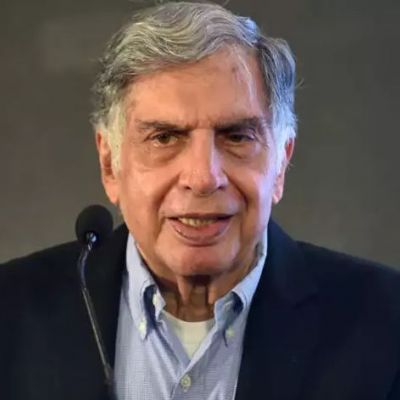 Ratan Tata is a well-known Indian industrialist and philanthropist. He is the Chairman Emeritus of Tata Sons and has received the highest civilian award in India, the Padma Vibhushan, and the Padma Bhushan. Ratan Tata has received prestigious awards not only in India but also in many other developed countries. He is also involved with the Bill and Melinda Gates Foundation.

Ratan Tata was born on December 28, 1937, in Surat, India, into a well-known industrialist family. He is the grandson of Jamsetji Tata, the Tata group’s founder. His parents divorced when he was a child. His grandmother, Navajbai Tata, raised him.

He attended Campion School in Mumbai, as well as Cathedral and John Connon Schools. In 1962, he moved to the United States to complete his architecture degree at Cornell University. He graduated from Harvard Business School’s Advanced Management Program in 1975.

After a successful career as Tata Group Chairman, he realized his dream of launching the world’s most affordable car “NANO” in India.

Ratan Tata has admitted that he was four times on the verge of marrying, but for one reason or another, he is still single. He is India’s only businessman who invests approximately 60% of his shares in a charitable trust.

Ratan Tata began his career with Tata Steel after graduating in 1962. However, he later decided to enroll in the Harvard School of Management’s management program.

He was appointed Director of NELCO in 1971 when the company was in dire straits. He did his best during a difficult period of economic downturn.

In 1991, he was appointed Chairman of the Tata Group, which included Tata Steel, Tata Motors, Tata Teleservices, The Indian Hotels Company, Tata Power, and many other companies. He is also known as the car dreamer.

He has taken over the car companies Land Rover and Jaguar when they were in decline and brought them to new heights. He also serves on the Prime Minister’s Trade and Industry Council.

Ratan Tata also serves on the boards of three major international corporations: Mitsubishi Cooperation, JP Morgan Chase, and Booz Allen Hamilton. On his birthday in 2012, he announced his retirement from the Group.

He was awarded the Medal of the Oriental Republic of Uruguay in 2004 and the Order of Merit of the Italian Republic in 2009 by the Italian government.

In 2010, he received the “OSLO Business for Peace Award” from the Business of Peace Foundation. In 2014, he was made an “Honorary Knight Grand Cross of the Order of the British Empire.”

Ratan Tata’s Salary and Net Worth

Ratan Tata’s net worth is $1 billion as of July 2022. This is all from Tata Sons. Despite the fact that the Tata Group operates around 90 businesses and has a global reputation, he does not appear on the list of the World’s Richest People. His magnanimity is the reason. Tata’s 65 percent stake is dedicated to charitable organizations.

On paper, he is not a billionaire, but for his kindness, he is one of India’s most honored citizens.