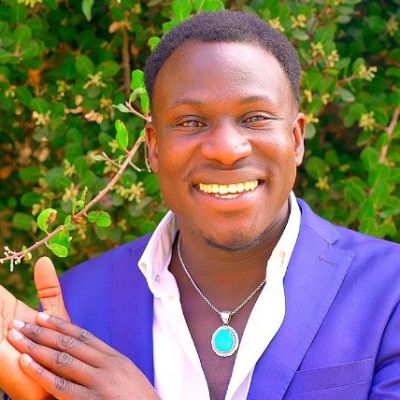 Ralph Smart believes that meeting new people and learning from them is the best thing you can do. He enjoys being left-handed.

Ralph was born in the United Kingdom on March 3, 1986. His parents immigrated to the United Kingdom from Sierra Leone. He is linked to his ancestors. Smart is proud of his ancestors and never wants to forget his parents’ past. He was raised in a religious family, which had a significant influence on him. Smart frequently emphasizes how he spent his childhood in a safe and loving environment.

Listening to what was going on around him was fascinating to him. He knew he wanted to work and have a platform from which to speak to people. Ralph went to Sierra Leone when he was ten years old. He attended school there and learned about his ancestors. It was his parents’ desire. Smart thinks it was a great idea, and he was interested in living there as well.

When Smart was a teenager, he had problems with his parents because he couldn’t understand their religion; he began to have doubts about it. A wise change of heart and mind brought him closer to his life’s main interest. Ralph meditates every day. After high school, he enrolled in The University of Westminster, which he completed several years later. He earned a dual honors degree in Criminology and Psychology. His degree is frequently called into question by the media, and he keeps his past life hidden.

He launched his YouTube channel, and he began uploading videos to YouTube near the end of the 2000s. He began making life coach videos that he produced, shot, and uploaded himself. This irritated his parents. They disapproved of his career choice at the time. His parents have always been religious; it was difficult for them to accept his desire to be this way.

His series was all about spiritual health, which his parents were also against. They eventually came to terms with it. After several years of perseverance in his life coach, he began to gain subscribers more quickly, and he became more well-known in London. Smart has also published three books in this field. Smart has lived in Sierra Leone, Brazil, Spain, and Ethiopia, and he currently resides in Los Angeles. He also enjoys photographing beautiful places.

He owns the YouTube channel Infinite Waters and has created over 3000 videos that have been viewed by over 200 million people. Because of his YouTube popularity, he received three YouTube Gold Awards for having more than 3 million subscribers.

He traveled around the world and gained experience after graduating from college. His travel is regarded as a revelation for him, and he believes he can heal the world’s wounds; he has conducted research on various cultures. He was introduced to astrology, yoga, nutrition, and everything he now considers health and sexuality in Ancient Egypt. He has traveled to five continents and has learned a great deal from each culture.

Smart enjoys skating and despises corruption in positions of power. It’s something he’ll never understand. He claims to be left-handed in a YouTube video, but he plays tennis and the guitar with his right hand. He eats well and spends a lot of money on food, and he doesn’t mind. Smart considers it an investment. He believes that everyone should eat healthy foods.

Ralph Smart’s Salary and Net Worth

Smart put in a lot of time and effort in this area, and he is known as a holistic YouTuber. Smart is a popular YouTuber who has written a science fiction novel. He’s also the author of a self-help book. In addition, there is a quote book called The Book of Infinite Quotes. As of September 2022, his net worth is estimated to be $5 million.