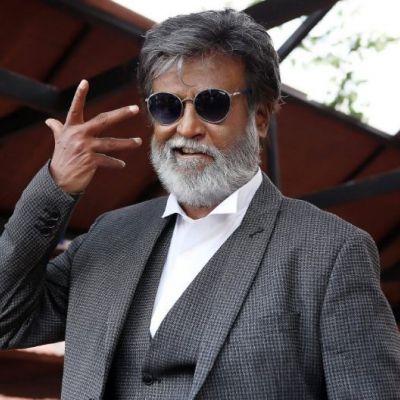 Shivaji Rao Gaekwad, India’s most famous film star, is better known as Rajinikanth. He is also a film producer and screenwriter.

Rajinikanth was born on December 12, 1950, in Karnataka, India, to a Maratha family. His ancestors came from the states of Maharashtra and Tamil Nadu. He was the youngest of his parents’ four children. His mother’s name was Jijabai, and his father’s name was Ramojirao Gaekwad. His father was a police officer. He lost his mother when he was eight years old. He attended the Acharya Paathshala in Bangalore when he was young. Following that, he graduated from the Vivekananda Balaka Sangha’s high school.

Rajinikanth struggled a lot in his youth to make money. After finishing school, he worked as a coolie and carpenter before becoming a bus conductor with the Bangalore Transport Service. Following that, he enrolled in the Madras Film Institute to study acting, where Tamil film director K. Balachander advised him to learn Tamil.

Rajinikanth began acting in high school. He began acting in stages, progressing to the point where he wanted to take acting seriously. In 1975, he made his film debut in Apoorva Raagangal, a Tamil film. In his early days as an actor, he was cast in negative roles. In 1977, he made his debut as the lead actor in the Telegu film Chilakamma Cheppindi. Billa, a remake of Amitabh Bachchan’s film Don, was his first commercial success.

He has appeared in over 150 films. He only appeared in one English film, Bloodstone. Muthu, his film, was dubbed in Japanese and became a huge success in Japan. Andha Kanoon was his first Bollywood film. Chilakamma Cheppindi, Kaali, Naan Potta Saval, Garjanam, Paayum Puli, Chandramukhi, Sivaji, Enthiran, and Kabali are some of his well-known and successful films.

Rajinikanth has received numerous awards from various organizations and institutions throughout his career. After his film Sivaji, he became Asia’s second-highest-paid actor, trailing only Jackie Chan. Forbs India named him the Most Influential Indian in 2010. He received numerous Filmfare Awards throughout his career. He was named Indian Film Personality of the Year by the Centenary Award.

This award was presented in 2014 at the 45th International Film Festival of India. NDTV named him one of the 25 Greatest Global Living Legends. The Indian government awarded him the Padma Bhushan and the Padma Vibhushan. The Tamil Nadu government bestowed upon him awards such as the Kalaimamani, MGR Award, and MGR-Sivaji Award.

He married Latha Parthasarathy in 1981, and they have two daughters, Aishwarya and Soundarya.

Rajinikanth’s Salary and Net Worth

Rajinikanth’s net worth is estimated to be $70 million as of July 2022. The majority of his earnings come from his film roles. He also makes a lot of money from endorsement deals. He charges between 20 and 30 crore rupees per film.

He owns a large luxurious bungalow in Poes Garden, Chennai, as well as a glamorous home in Pune. He lives a simple life filled with spiritual thoughts. He owns a Toyota Innova MPV, a BMW 7-series luxury sedan, a Padmini sedan, an Aston Martin, a Honda Civic, a Toyota Qualis, and an Ambassador.