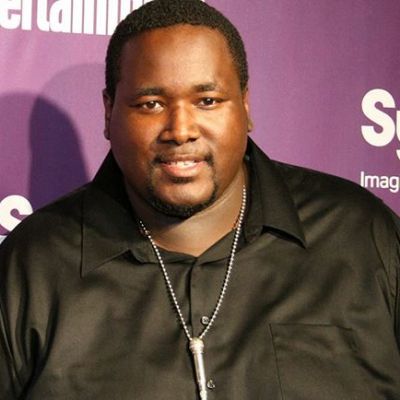 Quinton Aaron is an American actor who has collaborated with Oscar winner Sandra Bullock. He is a footballer Michael Oher in the lead role.

Quinton Aaron, the son of Laura Aaron, was born on August 15, 1984. He was born in New York City’s Bronx and later moved to Augusta, Georgia.

He had a difficult childhood and grew up in a rough neighborhood. He witnessed frequent physical assaults on his mother and was the target of bullying. The actor was interested in music and drama in elementary school and had aspired to be an actor since a young age.

Quinton Aaron made an appearance in the 2006 film ‘Feliz Navidad.’ This role, however, went unnoticed. He appeared in two episodes of ‘Law and Order’ the following year. In 2008, he made his film debut in ‘Be Kind Rewind.’ Following that, he appeared in the made-for-television film Play or Be Played.’

His breakthrough came in 2009 when he appeared in ‘The Blind Side.’ He participated in the online auditions and was chosen for the role of Michael Oher. He co-starred in the film with Tim McGraw and Sandra Bullock. This role earned him multiple nominations for a variety of popular awards. He later appeared in several TV shows, including ‘Law and Order: SVU,’ ‘One Tree Hill,’ Mercy, ‘Harry’s Law,’ and ‘Drop Dead Diva.’ He also played in the Major League Baseball All-Star Game in 2010.

Aaron played himself in the 2013 film ‘Paranormal Movie.’ ‘Mothers and Daughters,’ ‘The Appearing,’ ‘Left Behind,’ ‘Halfway,’ ‘My First Miracle,’ ‘Rock Paper Dead,’ ‘Bad Company,’ ‘Jason’s Letter,’ ‘Extraction: Genesis,’ and ‘Traded’ are among his other film and television credits.

He is currently involved in acting as well as social work. He also appeared in several short films, including “Rebel,” “Nameless,” and “Busy Day.” He was last seen as Rad Chad in the 2010 film ‘Fishbowl California.’

Quinton Aaron has been nominated for numerous awards as an actor who has appeared in numerous films and television shows. In 2010, he was nominated for the Black Reel Awards, the BET Award, the NAACP Image Award, the Teen Choice Award, and the MTV Movie & TV Award. In 2017, he also received the International Christian Film Festival Award.

Quinton Aaron’s Salary and Net Worth

Aaron has a net worth of more than $5 million as of July 2022. Since he was a teenager, the actor has been working in the industry. He is best known for playing Michael Oher in ‘The Blind Side.’

His net worth stems from his acting career. Aside from that, Aaron is actively involved in entrepreneurship and social work. B.O.M. Productions’ president and chief executive officer are him. He is also the development director for Dream House Productions, a post-production company.