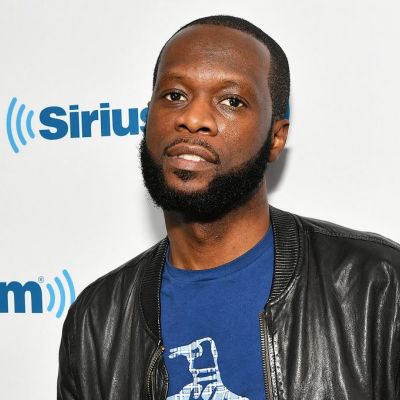 Pras Michel is a rapper, record producer, songwriter, and actor. The group has received Grammy nominations for their studio album “The Score.”

Prakazrel Samuel Michel was born in Brooklyn, New York, on October 19, 1972. He grew up in Irvington, where he developed an interest in music. Pras attended Maplewood’s Columbia High School, where he met Lauryn Hill. He went to Rutgers University and Yale University, where he majored in Philosophy and Psychology.

Under the direction of Ronald Khalis Bell, Pras, Jean, and Laura Hill formed the hip hop music group The Rap Translators in 1988. They performed at local clubs, events, and concerts in their hometown as a group.

Pras’ musical career began in 1994, when he released his first studio album, “Blunted on Reality,” under the direction of Ronald Khalis Bell. He released the music album “The Score” in 1996, which was well received by the public and went multi-platinum.

Pras released his first full-length solo EP, “Ghetto Supastar (That Is What You Are),” two years later, featuring rappers Ma and Ol’ Dirty Bastard. The single was critically acclaimed and became one of the top ten singles of 1999 and the eighth-most played song. It also aided Pras in his performance at the World Music Awards.

The song peaked at number two in the UK Top 5 and number fifteen in the US charts. The song appears on the soundtrack of the film Bulworth. In 2007, he worked with Swedish singer DeDe on his single “Turn You On,” which was number two in Sweden. In the same year, he appeared on Indian musician Swami’s album “Equalize.”

Pras made his film debut in Mystery Men in 1999. He appeared in the action film Turn It Up the following year. Pras starred in and produced the urban comedy film Go For Broke in 2002. He has also appeared in three movies made by 20th Century Fox, including The Mutant Chronicles.

In 2006, he directed the documentary Skid Row, in which he recounts his nine-day stint as a homeless person in Los Angeles. It received widespread critical acclaim and was also well received by the audience.

In 2009, he directed Paper Dreams, a documentary about piracy in Africa. However, due to a legal dispute, the documentary was never released. He also appeared in the documentary Sweet Micky For President, which followed Haitian musician Michel Martelly’s rise to political power. The film also had its world premiere at the 2015 Slamdance Film Festival.

Pras has received numerous honors throughout his distinguished career. He won the Grammys for his music album “The Score” as a member of the hip hop group Fugees. He has also released several hit music albums, which have helped him win the hearts of his fans.

Pras hasn’t married yet, and he doesn’t have any children. There is no current rumor of him dating anyone. He can live away from the spotlight and is entirely dedicated to his musical career.

Pras’s Salary and Net Worth

Pras Michel’s net worth is estimated to be more than $24 million as of August 2022. He amassed such vast wealth as a result of his successful career as a singer, songwriter, rapper, and actor.