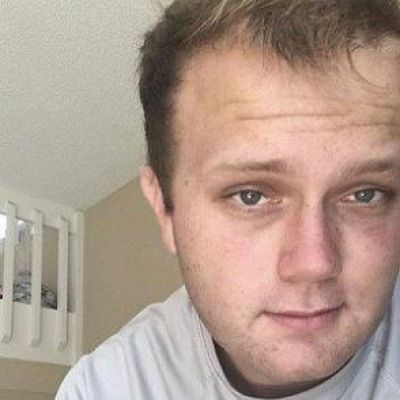 Poofesure is a YouTube player from the United States who is known for his Fortnite and Wii gameplays. Profesor is a Twitch live streamer who also has a presence on other social networking platforms. Wii Baseball and other Wii sports are his most common gameplays, and his material includes insight, gameplay, and humorous moments.

Poofesure was born on February 16, 1995, and is currently 25 years old. Kienan Robert is his real name, and he hails from Michigan. On the 29th of December 2019, he relocated to Tampa, Florida, as he described in his message. He has recently moved to Florida.

When it comes to his parents and siblings, there isn’t a lot of details available. His father and grandparents, on the other hand, share their birthdays on Christmas Day, according to a family picture he posted on Instagram. He still hasn’t said much about his professional history. His nationality is also American, and his race is uncertain. His zodiac sign is also Aquarius.

Poofesure is a YouTuber and talented online player. To name a handful, he enjoys online games such as Fortnite, Tomodachi Life, Wii Fit, Wii Sports, Wii Party, Papa Louie Games, and Minecraft. He began his career by playing Fornite, then moved on to other genres. Poofesure, meanwhile, is renowned for his comedic gaming, his “psychopathic” chuckle anytime something strange occurs, and his rages when playing the game. Furthermore, Poofesure captures his gameplays mostly on PC, but he does enjoy Wii or PS4 on occasion.

Furthermore, while gaming and live broadcasting, he is very loud! On December 29, 2019, he tweeted that he can’t wait to see stories like “neighbors call the cops because Florida guy cries so loud while playing the Wii.” He tweeted this along with the details of his upcoming move from Michigan to Florida. Poofesure has entered the Youtube network on March 9, 2009, and his channel currently has 194,779,517 views.

He used to post Call of Duty 5 bug images, but he quit doing so when he went to college. In 2017, he returned to his channel and began writing on a daily basis. Poofesure’s most well-known series was “LoLz,” and his other well-known series revolved around teasing other teams. In November 2012, he also released his first Wii Sports game. Poofesure’s subscription base has exploded in the last five months. It increased from 50,000 to 140,000 subscribers. He began making ‘Fortnite Hacks’ videos in June 2018, and since September 2018, he has amassed a large following.

The oldest video on his channel is Call of Duty 5 Wii Cliffside Glitches. He posted it on June 9, 2009, and it has already received over 35k views. The other three oldest videos on Poofesure’s official Youtube channel are Call of Duty 5 Glitches on Castle(Wii) with 3.5k views, The Conduit Friend Code-The Conduit Friend Code Exchange with 6.2k views, and Why I Hate Black Ops Napalm Strikes Are Bullshit with 6.1k views.

May this album, on the other hand, bring my Mii a girlfriend on Tomodachi Life…? I play as Toad on Mario Party 9 Wii raging and hilarious moments with over 479k views, and I tried for 11 hours to get a perfect game on Wii Sports Bowling and this is the best I came… The three most recent videos on his channel each have 649k views.

Furthermore, When A Default Skin Has Fortnite Building Hacks… is the only video of over 4 million views. It was published on June 24, 2018. Furthermore, both crashing papa’s wingers by sending Taylor 1,026 wings and Wii unfit have received over 3.5 million views. Poofesure has created a Call of Duty gaming spoof video featuring Katy Perry’s “Roar.”

There is no detail about Poofesure’s personal life or love life available. He prefers to hold his personal life secret and hidden it from the public eye. On Christmas 2019, he posted the only family picture he has on Instagram. Apart from that, he has been silent about his family and intimate affairs.

Poofesure is 5’6′′ big, according to details on Gossip! DekhNews. However, his weight, chest-waist-hip, head, dress size, shoe size, and other body dimensions are not listed. He does, though, have a chubby physique. He, too, has brown eyes and the same color fur.

Poofesure is involved on a number of social networking platforms. On his official ‘Profesure’ Youtube page, he already has 1.6 million subscribers. He already has 43.4k Twitter followers and 88.6k Instagram followers, with 19 updates so far. Poofesure already has 58k subscribers on Twitch, a live-streaming site. [email protected] is his email address for all company inquiries.

His net worth is influenced by his Youtube posts, Twitch streaming, and merch, among other things. Poofesure’s total net worth as of February 2020 is $2.7 million dollars.