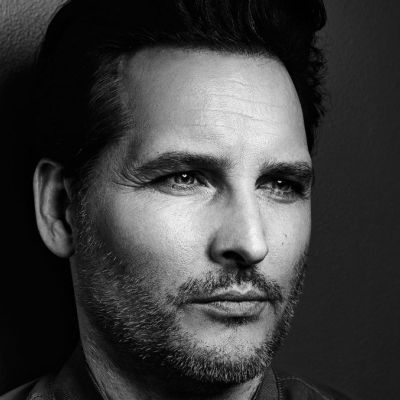 Peter Facinelli was born in New York City on November 26, 1973, to parents Bruna and Pierino Facinelli. His father was a waiter, and his mother was a housewife.

Peter Facinelli is a well-known American actor and producer who has appeared in a number of films and television series. In the film ‘Angela,’ he made his film debut as Lucifer. Similarly, he is best known for playing Carlisle Cullen in the popular ‘Twilight’ film series, as well as Donovan Ray in the TV series ‘Fastlane.’ He is also well-known for his role in the medical comedy-drama series ‘Nurse Jackie,’ in which he played an important role.
Peter Facinelli went to St. Francis Preparatory School and then to Tisch School of the Arts, where he dropped out. He studied acting at New York University and the Atlantic Theater Company Acting School in New York City because he was interested in it.

Peter Facinelli is an American citizen who is a devout Roman Catholic/Christian. He is of Italian ancestry. Furthermore, he stands 5 feet and 10 inches (178cm/1.78m) tall and weighs approximately 84 kg (185lbs). He has an athletic body type, with measurements of 44-34-16 inches. He has blue-colored eyes and light brown hair.

In 1995, Peter Facinelli made his television debut as Shane Shutter on ‘Law and Order.’ Following that, he appeared in minor roles in ‘The Wright Verdicts’ in 1995, ‘An Unfinished Affair’ and “After Jimmy” in 1996. From 2002 to 2003, he starred in the crime action drama series ‘Fastlane.’ Similarly, he appeared in the films ‘American Dad!’ and ‘Damages’ in 2006 and 2007, respectively.

In 2009, he began playing one of the main characters in the comedy-drama series ‘Nurse Jackie.’ It aired until 2015, and the show was a huge success. It also received several Emmy nominations. In the following years, he appeared in other shows such as ‘Accidentally in Love’ in 2011, ‘Glee’ from 2013 to 2014, and ‘American Odyssey’ in 2015. This 2015 series revolved around a US Army team that discovers that a private company in the US has been funding Islamic terror groups. This series received mixed reviews from critics.

In 2015, Peter received his breakthrough role in a TV series. He starred as Maxwell Lord in the CBS superhero TV series ‘Supergirl.’ Melissa Benoist played the title character in the series. Furthermore, he appeared as Michael Plank in seven episodes of ‘S.W.A.T.’ in 2017. His most recent series in 2019 is ‘FBI’ and ‘Magnum P.I,’ in which he played Michael Venuti and Ivan, respectively.

Peter Facinelli Income And Net Worth

Peter Facinelli makes a living as an actor. He has appeared in a number of films and television shows. His net worth is estimated to be $10 million as of 2020.

In 2001, Peter Facinelli married actress Jennie Garth. This couple has three daughters together. Their marriage ended in 2013. Following their divorce, he rekindled his relationship with actress Jaimie Alexander. Despite getting engaged in March 2015, the couple called it quits the following year.