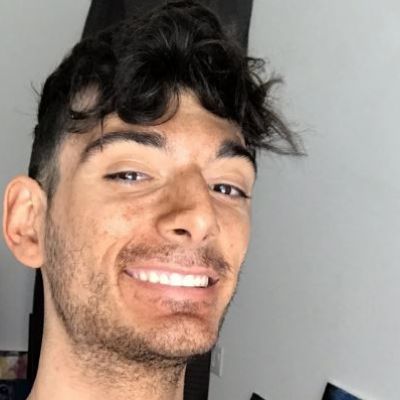 Paul Denino is a YouTuber from the United States. On his YouTube channel ‘Ice Poseidon,’ he is known for his IRL (In real life) streams.

Paul Denino was born on September 29, 1994, in Stuart, Florida, United States. The public knows very little about Paul’s family, early life, childhood, and education. Denino began his career as a Twitch streamer and rose to fame through the video game ‘RuneScape,’ which helped him become a partnered streamer.

The RuneScape video game is in a medieval fantasy realm divided into regions, kingdoms, and cities. Each area has its quests, resources, and monsters for players to encounter. Avatars are used to represent each player. The game lacks a storyline and requires the player to focus on their objectives or goals.

Paul Denino’s Income And Net Worth

Denino has a net worth of $500 thousand, accumulated through a successful streaming career. He previously streamed on Twitch until he was banned, and then he began streaming on YouTube Gaming. It is expected that his wealth will increase as he climbs the stairwell of success.

Because of his celebrity, Denino has been linked to several women throughout his career. He shared a fake wedding video with Halie and a video of himself in a love triangle with actress Geisha Montes and streamer Halie Auto. Denino and Halie’s romance ended up being very short-lived.

He is in a relationship with Carolina Burt, but his fans dislike her. To please his fans, he had to fake a live stream about him dumping her, and many people discovered that their relationship was still going on after the stream. Denino has also used YouTube to create more tailored content for his fans, showcasing a glimpse of his lifestyle. He also makes other videos for fun that are unrelated to his streams.