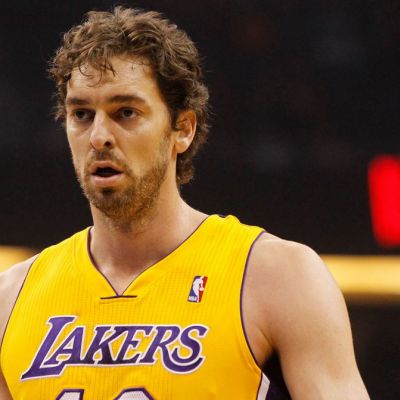 Pau Gasol is regarded as one of the most successful basketball players in the game’s history. He was crowned NBA Rookie of the Year in 2002, making him the first non-American player to receive the honour. Gasol has won every title available in the NBA to date. Internationally, he has won both the Olympics and the FIBA World Cup. He became the first Spanish player to reach the NBA finals in 2008.

Pau Gasol is a Spanish NBA player who was born on July 6, 1980, in Barcelona, Spain, to Agusti and Marisa. Despite being born in Barcelona, his parents relocated him to Sant Boi de Llobregat when he was two years old, where he was raised. His parents had no basketball experience because his father was a nurse administrator and his mother was a medical doctor.

His basketball career began in high school when he played for his school team before signing with the Catalan basketball team Cornella. He was chosen for Barcelona’s junior team at the age of sixteen. Marc Gasol, his younger brother, is also an NBA player who is now playing with the Toronto Raptors.

In 2001, the Memphis Grizzlies came calling and signed him, and he stayed with them until 2008 when he moved to the Los Angeles Lakers. In his debut season with the Grizzles, he was named Rookie of the Year. His first two seasons with the Grizzles saw him play in all 164 games, with the exception of one game missed in his third season due to a foot injury.

The Grizzlies decided to trade him for multiple players to the Los Angeles Lakers on February 1st, a transaction that was fraught with controversy. Four days later, he made his Lakers debut, scoring 24 points and grabbing 12 rebounds. He continued to play for the Lakers until 2014 when he joined the Chicago Bulls.

He was only with the Bulls for two years before joining the San Antonio Spurs for three years beginning in 2016. Due to a foot injury, he was released by the Spurs in 2019 and signed with the Milwaukee Bucks, where he only played three games before being released again due to injury. The Portland Trail Blazers signed him the same year but released him after only one game.

After signing with the Memphis Grizzlies, he brought his family to the United States and resided in Germantown, Tennessee. Marc and Adrian, his two brothers, are students at Lausanne Collegiate School. Though his parents considered moving to Los Angeles after he signed with the Lakers, they ultimately elected to stay in Memphis. His father now works from home, while his mother, Marisa, volunteers at St Jude Children’s Research Hospital. Gasol married his fiancée Catherine McDonnell in 2019, after dating her since 2016.

Gasol’s first love was football, but as he grew older, he discovered a love for basketball. His interest, however, was not in athletics, and he never imagined a career in sports because he wanted to be a doctor. When Magic Johnson revealed his HIV status in 1991, he was 11 years old and resolved to become a doctor in order to find a cure for Aids.

Throughout his career, he has been showered with trophies and medals. He won the NBA championship in 2001, a feat he repeated the following year. In 2002, he was named NBA Rookie of the Year, a title that had yet to be won by a non-American player. Six NBA All-Star trophies, two Mr Europa awards, two FIBA Player of the Year awards, and four Eurostar awards are among his many honours. He earned a total of twenty medals with the Spanish National Team, including six gold medals.

Pau Gasol’s Salary and Net Worth

Pau Gasol Net Worth Basketball has been his source of income since pursuing it as a vocation. Pau Gasol’s current net worth is believed to be approximately $75 million as of June 2022. Several lucrative endorsements came his way during his playing career, making him a fortune.

In addition to basketball, he is well-known for his charitable efforts with Children’s Hospital Los Angeles. He became a UNICEF ambassador in 2003, a position that has required him to travel extensively around the world. Though his dream of becoming a doctor never came true, he treasures the times when he uses his public profile to aid others in need. In 2012, PBWA established a charity in his honour to assist children in achieving their dreams.