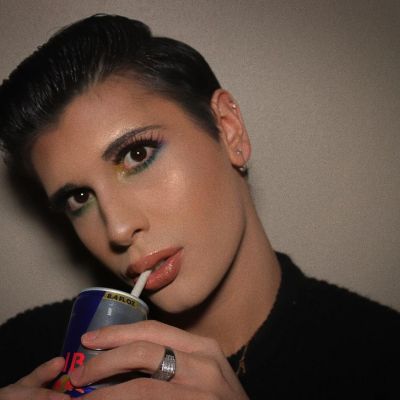 Parker Riley is a 24-year-old actor who was born on December 11, 1996. His zodiac sign is Sagittarius, and he was born in Kansas City, Missouri. Parker has kept his parents, siblings, and other family members’ identities private.

Parker has also been silent about his educational experiences. However, given his age, we can presume Parker Riley is a university student unless he decided to take a break or discontinue his studies early in order to concentrate on his career.

Parker Riley is a social media celebrity for a living. As a TikTok personality and content designer, he is well-known. On the short-form video-sharing website, he is also known for posting several duet videos. The young star often features the TikTok group. Parker’s videos have also earned over 94 million likes in total.

In October 2020, he celebrated reaching the 2 million follower mark on TikTok. Parker also recorded a duet with Spencewuah, viewed over 150,000 times. Spencewuah is a content developer who specializes in comedy and duets. He first gained notoriety by posting short videos on his TikTok account, @spencewuah. Spencewuah has amassed over 6 million followers and 11 million views on the video-sharing website.

Parker Riley is also a podcast host, in addition to being a content producer and aspiring journalist. His podcast, “Parker’s Point of View,” is currently airing. Parker is also adept at using Adobe and Final Cut Pro X tools to edit videos and images. The young star often takes pride in his ability to tell stories in a way that keeps the viewer interested from beginning to end. We can also find a link to his docuseries “FAILURE IN THE ENTERTAINMENT INDUSTRY” on his personal website.

There is no confirmed details about Parker Riley’s relationship status or extramarital affairs. The young star may be in a romantic relationship or single and concentrating on his studies and career at such a young age. Parker has also maintained a low profile, avoiding any speculation, controversies, or scandals that might jeopardize his career and personal life.

Parker Riley joined Twitter in April 2011 and currently has over 3k followers on his @ParkerLRiley account. He’s already on Instagram, where he goes by the handle @parkerlriley. At the time of writing this biography, this account had 21 posts shared and over 33.5k followers.

On May 28, 2015, Parker launched his “Parker Riley” YouTube channel. This channel has received over 13.3k views and 1.94K subscribers so far. He has set up a personal Facebook account, and his fan base is increasingly growing on this site. We may also reach out to him for more details at [email protected]

Parker Riley can also be found on Twitter as @parker-riley and on Tiktok as @parkerlriley. Parker has more than 151.6 million likes and 4 million followers on Tiktok.