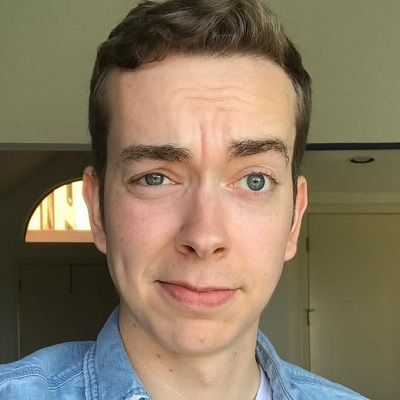 Parker Coppins was born in North Carolina on March 12, 1995. He is a Pisces, and he is 26 years old. Ashley and Caitlin are his sisters. In 2015, Parker relocated to Los Angeles, California. He returns to his hometown every now and then to see his parents. His mother works for the ‘Salazar Insurance Group,’ while his father is a priest. His niece Camdyn, Ashley’s daughter, is one of his closest friends.

He is obsessed with video games, to the point where he has turned his hobby into a career. Parker is a close friend of Shelby, a well-known social media personality. In fact, he has mentioned her in a few of his Twitter and Instagram posts.

On March 30, 2011, he launched his first and soon-to-be-retired channel, ParkerGames. On December 1, 2013, he launched his ‘ParkerGames’ YouTube account and began uploading game-related video. He immediately gained subscribers because he had the capacity to convert even the most mundane stuff into something worthwhile. Parker’s following following gradually grew, and he rose to popularity as a social media celebrity.

Parker had a tiny role in the short film “Flirting and Dating for Dummies” in 2011 after appearing as Kyle Duncan in the video “Born Bad.” In 2013, he starred in a short film called “Penny Arcade.”

In the same year, he began his social media career by publishing videos on YouTube. He also had the role of Paul Wilson in the murder horror mystery ‘The Black Tape’ in 2014. Parker made his big-screen debut in the picture, which was released in November 2015.

In addition, in 2016, he was cast in the hit TV series “Adventure Room,” in which he portrayed the role of ParkerGames. In 2017, he was offered the chance to host a show called “Parker Plays,” which would run on Disney XD. His reputation grew as a result of his role in a television series, which he leveraged to gain subscribers and followers on his social media profiles.

He starred in the short television series “Sugar Pine 7” in 2017. Throughout 2017, he featured in 64 episodes and continued to reprise his role till 2018. In the same year, he was cast in the ‘Lifestyle Classic’ television series. On a Survival Multi-Player Minecraft environment called the Cube SMP, he owned a horse named Jeffery. Jeffery was eventually slain by Bayani/ xBayani/ Bayanidood, another player on the server, during the CubePurge.

From 2017 to 2018, Parker dated YouTuber Shelby, aka Shubble. They were a lovely pair who seemed to enjoy each other’s company. Unfortunately, they parted up, and Parker now appears to be single. There is no information on whether or whether he is dating anyone. As a result, he has kept a low profile and avoided any rumors or disputes that could jeopardize his personal or professional life.

He has a wonderful and endearing demeanor. Parker stands 5 feet 9 inches tall. At this time, the exact numbers for his weight and other body measures are unavailable. He also has blonde hair and hazel eyes.

When it comes to his earnings and net worth, he may make a particular amount of money. His YouTube video games could be a source of money for him. His net worth is reported to be between $1 million and $5 million.