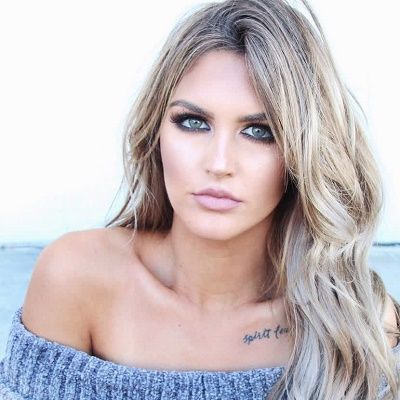 Paige Danielle is a YouTube sensation and make-up artist from the United States. Paige Danielle does the make-up and uploads videos to YouTube. Her YouTube channel ‘Paigique’ is well-known. She has defied all odds to become a successful stylist. She keeps her followers up to date with beauty and make-up posts on a regular basis. In her videos, she demonstrates various looks for various occasions. She vlogs her daily life as an avid ‘vlogger.’

Paige Danielle was born on March 19, 1995, in Louisiana, United States. She is 25 years old now. Her zodiac sign is Pisces.

She grew up in Louisiana with two siblings and four younger half-siblings who arrived after her mother remarried. Her nationality is American, as evidenced by her exceptional styling abilities. She admitted in one of her videos that she adores her half-siblings. She was always interested in fashion as a child.

Paige started her YouTube channel in February 2014, but her first video, “Day 1 at Disney!” was not uploaded until January of 2015. A few weeks later, she posted her first makeup tutorial. Similarly, she has gone on to make a number of makeup-related videos in which she covers a variety of simple looks that can be achieved with make-up. She tries to keep her words simple so that they are understandable to beginners.

She touches the lives of her audience with her simplicity, from her products to her techniques, so that everyone can understand.

She also discusses a variety of make-up and hairstyling topics. She covers a wide range of topics, including date-night make-up, contouring, summer styles, and everyday make-up. Similarly, she makes videos based on requests, and her basic style and stress-free hacks improve the overall experience of styling oneself.

She also interacts with her audience by providing regular updates on her life and lifestyle, breaking up the monotony of simply displaying styling ideas. Furthermore, she has included her mother in her Q&A sessions. Through her YouTube videos, she frequently responds to her audience’s questions. She recently shared a video with the Bratayley family in which she expressed her love and support for Caleb Logan, a fellow YouTube star who died at the age of 13.

Her Instagram handle, ‘@perfectlypaigique,’ has a large number of followers, and her posts are well-liked by people all over the world. On her Instagram page, she shows off various techniques, products, and styles, as well as gives her followers a glimpse into her personal life.

Paige Danielle’s Income And Net Worth

Paige’s net worth Paige posted her first makeup tutorial a few weeks later. “TWINNING!! Annie’s Makeover Gone Wild,” starring her cousin Annie LeBlanc, was her first YouTube video to reach four million views. Her Instagram account has over 1.6 million followers. Her previous net worth ranged between $100,000 and $1 million. Her current net worth is estimated to be between $1 million and $5 million.

She is open about her relationship with her boyfriend, Curtis Green, on Instagram, where they frequently post pictures and vlog together on her channel. They got engaged on September 17, 2017, but they split up before getting married.

Similarly, in November 2018, she announced that she is pregnant with a baby girl, leaving everyone wondering who the baby’s father is. On April 2nd, 2019, Paige welcomed her baby girl, Anthem James Tru, into the world.

Paige is also very popular on Instagram, where she has over 1.6 million followers on her @therealpaigedanielle account, and on YouTube, where she has 650,000 subscribers. On April 3rd, she posted the first picture of her baby Anthem with the caption, “Hello, my baby girl…… Anthem James Tru.” In one of her videos, she explained how the baby’s father did not want to be seen by the public and how she supports his decision.