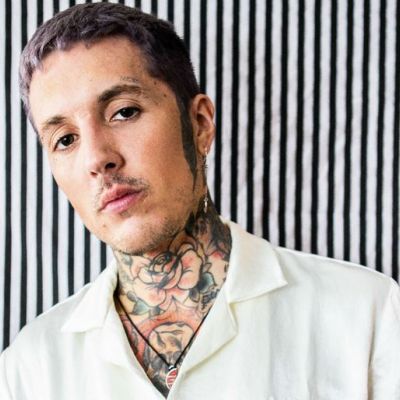 Oliver Sykes is a British national with the full name Oliver Scott Sykes. He is a member of the rock band Bring Me the Horizon.

Oliver Sykes was born in Ashford, Kent, England on November 20, 1986. Ian Sykes and Carol Sykes were his parents. His parents’ jobs required the family to relocate to different countries. They had already traveled to Australia before he was six years old, living in places like Adelaide and Perth before returning to their home country, the United Kingdom. They were residents of Stockbridge, Sheffield, and South Yorkshire. He suffered from sleep paralysis when he was 12 years old.

In his adolescence, he attended Stockbridge High School. He attended Barnsley College for his college education after finishing high school.

Sykes began his musical career while still in high school. He used to take part in various events, which helped him gain notoriety. Bring Me the Horizon is his music band, and the band has released several song albums, including Count Your Blessings, Suicide Season, Sempiternal, That’s the Spirit, and Amo, which was released in 2019. Sykes has worked with other musicians as well. Other artists have remixed his songs as well.

He is involved in a variety of activities aside from his music career. Oliver is the owner and founder of the Drop Dead Clothing clothing line. He also has a novel called Raised by Raptors, which he co-wrote with Ben Ashton-Bell.

Sykes received the Album of the Year Award from the Alternative Press Music Awards in 2014. His other accomplishments in his career include becoming popular through his songs.

Sykes is an atheist, which means he doesn’t believe in God. Sykes had a condition known as sleep paralysis, which caused him to be unable to speak or walk when falling asleep or waking up. He has been a vegan since 2013 because he opposes animal cruelty. He joined PETA to help put an end to animal cruelty.

Sykes married his ex-wife Hannah Pixie Snowdon in July 2015, but they divorced in 2016 after he discovered she was having an affair. In 2019, he released a song called “Medicine” about that relationship. In 2017, he married Alissa Salls, a Brazilian model.

Sykes has been involved in a number of controversies throughout his life. The first time he was accused by a lady of urinating on her and assaulting her with his band. The charges were later dropped because there was insufficient evidence. The second is that he was involved in a fight with Architects singer Sam Carter, but they later revealed that they were good friends. He also admitted to being a drug addict who had been in rehab for a month.

Oliver Sykes’s Salary and Net Worth

Sykes’ net worth is estimated to be $3 million as of September 2022. His total net worth stems from his music career. He has produced several albums with his band, and the proceeds from their sales supplement his income. He is also invited to several concerts, which add to his net worth. In addition to his music career, he is involved in other businesses that contribute to his net worth.