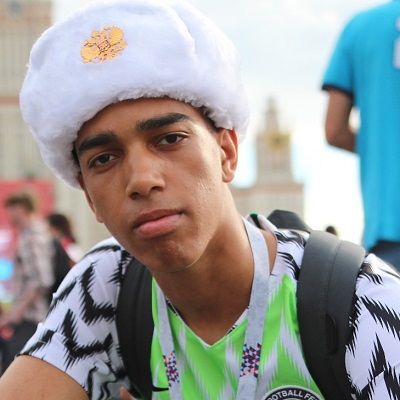 Niko Omilana is the creator of the NDL Movement and an English YouTube comedian. Niko Omilana’s parody videos, original comedy sketches, and different vlog entries have won him a following.

As of 2021, Niko Omilana is 23 years old. He was born in Staffordshire, England, on March 4, 1998, under the astrological sign of Pisces. Nikolas Omilana is his given name. There is no information on his parents or siblings, however. However, he has a video on his Facebook page titled “SURPRISING MY MUM WITH MY A-LEVEL RESULTS!!! (GONE WRONG)”. He appears to have two sisters based on his Instagram profile. A fan asked him on one of his Q&A videos, “What would you do if your family died?” and it was one of the most awful questions ever asked.

He, too, is of English nationality, although he has made no mention of his ethnic origin. In terms of his educational history, he may have already completed high school and is currently enrolled in university, but he has not stated so.

When it comes to Niko Omilana’s professional life, he is a well-known Youtube personality. He rose to prominence as a result of his comedic content, pranks, and other public videos. Prior to becoming famous on YouTube, he worked for BuzzFeed. At the age of 13, he established his YouTube channel on June 21, 2011. He made sketches and played FIFA. He’s also played FIFA with YouTuber Johnny Carey and collaborated on sketches with him.

Looking at his Youtube channel right now, his first debut video is “Morgan Freeman Song,” which was released on August 30, 2014 and has received 74k views so far. He mainly uploads parodies, original humorous sketches, pranks, and various vlog entries to his channel. He rose to prominence as a result of his engaging content, which drew in a large number of fans.

In addition, he is the originator of the NDL Movement (Niko Defence League). He was previously a member of the Buzzfeed team. He is now a member of the Beta Squad. Every time he uploads a video, it receives a massive amount of attention, with millions of views. With 3.8 million views, “SNEAKING Into Jake Paul Vs AnEsonGib FIGHT” is one of his most popular videos on his channel. “I RUINED This YouTubers Career For a Prank..,” “FAKE CELEBRITY PRANK IN GROCERY STORE,” “RICH KIDS VS BROKE KIDS (High School Edition),” “UNDERCOVER AS A RACIST FOR 24 HOURS,” and others are among his other memorable videos.

In addition, he included Reev in a video called “BECOMING A YOUTUBE SENSATION.” Similarly, his most popular series on YouTube is “Fake Employee Prank,” which he has performed in places including McDonald’s, Subway, Apple Store, Asda, Tesco, and Ikea. However, he was ejected from every Ikea and Asda store in the United Kingdom and Ireland.

Chunkz, Sharky, KingKennyTv, and Aj Shabeel are among the YouTubers with whom he has cooperated. He’s even collaborated with Zac and Jay. In a video titled “SIDEMEN YOUTUBE AWARDS 2018,” he received a shoutout from the Sidemen.

In terms of Niko Omilana’s earnings, he is a YouTube comedian and the founder of the NDL Movement, and he has made a good living from his work. According to his Youtube statistics, he has posted 111 videos with a total of more than 128.3 million views. Every month, he produces two new videos on average.

As a result, his net worth is believed to be over $1.1 million. Furthermore, he enjoys a luxury lifestyle as a result of his lucrative source of income.

Is Niko Omilana dating anyone? What is the name of his girlfriend?

In terms of Niko Omilana’s present relationship status, he appears to be single. He is preoccupied with her working life and hasn’t revealed much about his personal life. He avoids posting about his personal life on social media. In the future, he may, nevertheless, find his perfect match. He hasn’t even shared any images of himself with a girl on his social media accounts.

It’s difficult to stay away from sensitive topics when working in the social media area. He has, however, called YouTubers Jake Paul and Logan Paul, as well as their father and trainer Shannon Briggs, nonces. Commenting on others on social media is a touchy subject. Following his conduct at both of the KSI versus Logan Paul fights, he was even blacklisted by DAZN for the AnEsonGib v Jake Paul bout. As a result, he assumed the name Reng Sayeed. He was also thrown out of the ring in the middle of the battle. He has not, however, been related to any current controversy.

Niko Omilana has a pleasant demeanor and a healthy physique. He has a tall stature and a slender body weight. He hasn’t specified his specific height, weight, or body stats, however. Similarly, he has brown hair and dark brown eyes.

Niko Omilana is a social media celebrity that is active on social media sites such as Youtube and Instagram. He does, however, have a Facebook page and a Twitter account, both of which he is not currently using. He has amassed a sizable following of fans.

He has more than 450k Instagram followers under the name @nikoomilana. On Twitter, he has around 191.5k followers, while on Facebook, he has over 1.16k followers. In addition, his Youtube channel has over 1.74 million subscribers.