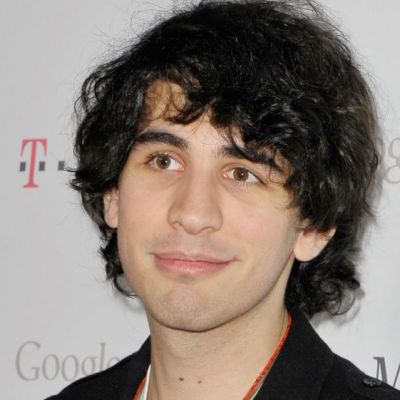 Nick Simmons is a comic book creator, writer, singer, reality television personality, and voice-over actor residing in Los Angeles, California. In addition, he is a well-known reality personality, most known for his appearance with his father, Gene Simmons, in the A&E reality show “Gene Simmons Family Jewels.” From 2006 through 2012, the reality show aired.

Nicholas Adam Tweed- Simmons was born on January 22, 1987, to Israeli-American Gene Simmons and Canadian mother Shannon Tweed. His mother is a model/actress, while his father is a musician. Sophie, his younger sister, is three years his junior.

In his early years, he attended a private school in Los Angeles, where he finished primary school and then continued on to high school. He attended Pitzer College in Claremont, California, and graduated with a degree in English Literature.

Furthermore, Nick became active in comic book authoring, and it is claimed that he contributed to the comic book ‘Gene Simmons House of Horrors.’ He didn’t stop there. He founded his own comic book company, dubbed ‘Simons Comic Group.’

He worked with Radical Comics to create his Incarnate comic series. This occurred in 2009. However, it sparked numerous concerns, with Nick accused of copying, artwork, characters, expressions, and scenarios resembling Japanese comics such as ‘Bleach.’ In reaction to these charges, he stated that he was paying honour to them. The series’ production was suspended and never resumed.

He has also dabbled in music, collaborating with former Kiss guitarist Bruce Kulick on the song ‘Hand of The King.’ He has also acted in the films Awkward’ (2011) and ‘Starry Eyes’ (2014).

Nick has done a variety of activities and has several accomplishments. Unfortunately, there are no records of any honours he has received thus far.

His contribution to music, acting, reality shows, and voice-over is, however, well known. We anticipate accolades in the future because he is still in his early phases of life and development. We wish him the best.

In terms of his personal life, Nick has kept a low profile, but we do know a few specifics. There are rumours that he is currently dating actress Alex Esso. The specifics of these links are unknown, but we will provide updates when new information becomes available.

He also had previous relationships with Cody Kennedy from 2006 to 2007 and Annelyse Schoenberger ( 2008). They were all short-lived. In 2014, he was said to have dated Amber Rose.

There is no evidence that he was married or had children at any point in his life. We eagerly await any further information and measures he may take in this regard in the future.

According to his social media updates, he also enjoys a lavish lifestyle. He has a large home and travels by lying. He also likes to dress casually most of the time and exercises regularly to stay fit.

Nick Simmons’s Salary and Net Worth

As of June 2022, Nick’s net worth is predicted to be $12 million, owing to his continuous success in his work. He is also active in a variety of other activities, which may boost his net worth in the future. Furthermore, he has a very supportive father who has helped him get to where he is today in terms of money, and we see this continuing in the future.

As evidenced by his life and profession, Nick Simmons has an extremely diversified personality. Despite coming from a well-known and rich family, he is a diligent worker. He has defeated the competition and established himself as a reality television star.