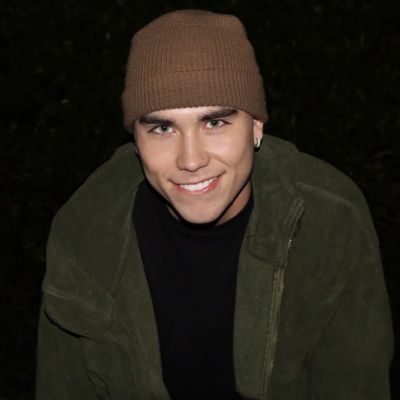 Nick Mayorga is a 21-year-old actor who was born on December 11, 1999. His zodiac sign is Sagittarius, and he was born in Los Angeles, California. Nick has two brothers: Anthony Mayorga, his older brother, and Andre Mayorga, his younger brother.Nick Mayorga, likewise, was a volleyball player at Chatsworth High School. Nick shared his first Instagram photo in June of 2014. With the caption “tb to them modeling days,” it was a throwback picture.

Nick has also worked on “Free Time” with DangMattSmith and Hunter Rowland. Adi Fishman, a fellow YouTuber, is also a fan of the young star. Nick was first introduced to YouTube through Adi’s “Free Time” posts, and then as a co-host on his channel “Whatever Time.”

Nick Mayorga’s YouTube career began with a collaborative channel called “Free Time.” On April 26, 2014, fellow YouTube stars Tal Fishman and Adi Fishman launched this channel. Weirdest Food Combinations was the first video on this website. They followed up with a slew of other bizarre comedy films.

Lie Detector Shock Test and Prank Calling People Without Hearing Them are two of the most famous videos on this website. The first video features YouTubers taking a lie detector exam, while the second is a prank video.Since its inception, the channel “Free Time” has grown in popularity. Nick was also a co-star of the YouTube channel “Whatever Time,” which he co-founded with his “Free Time” pal Adi Fishman. On December 28, 2016, Adi Fishman launched this channel on his own. He added Nick Mayorga as a co-host shortly after that.

Reactions, memes, competitions, sports, pranks, Q&A, and vlogs are along the entertaining videos on this website. Reacting To K-Pop (BTS), Secret Hidden Messages in Logos, and This Website Will Find Your Twin are among the videos posted by the friends. Adi Fishman left “Whatever Time” when he became too busy with his own YouTube channels.

We Broke Up?! was Fishman’s final video on the “Whatever Time” website, in which the young Youtuber said his goodbyes and Nick Mayorga introduced his new co-host, Joseph Sim. One of his “Free Time” buddies is Joseph.In mid-September 2018, Nick Mayorga renamed his Youtube channel “Nick and Jojo.” The same form of video content is still available on the channel. We Have Girlfriends?!? was the title of his first video with new co-host Jojo. It’s a video of questions and answers.

According to Nick Mayorga’s social media accounts, he is reportedly single and is more concerned with his family, friends, and job than with relationships. Nick did, however, have a romantic relationship with Kelly Landsman in the past. In late 2018, the two went their separate ways.

Nick Mayorga is about 5 feet 6 inches tall and weighs approximately 66 kilograms. His other body measurements, such as his biceps, chest-waist-hip measurements, dress size, shoe size, and so on, are currently unavailable. Nick also has a lovely pair of green eyes and brown hair.

Nick Mayorga started his own YouTube channel, “Nick Mayorga,” on September 6, 2013. With only 49 videos posted to the channel while writing this biography, it has received over 6.3 million views and more than 201K subscribers. On December 29, 2016, he launched the collaborative channel “Nick and Jojo.”

As of December 2020, this channel had over 10.9 million views and more than 387K subscribers. For more details, we can reach out to Nick at [email protected] His net worth is estimated to be between $100K and $1M. (Approx.)