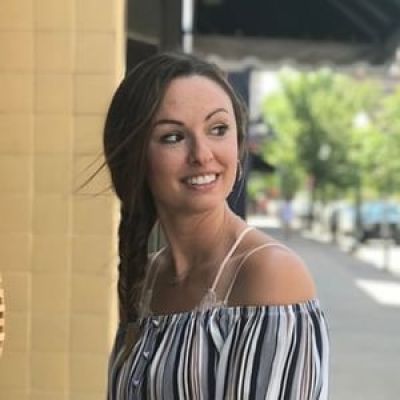 Nia Rader is a stay-at-home mom from the United States who spends her free time making floral wreaths and co-hosting the family vlog YouTube channel “Sam and Nia” with her husband Sam. Nia Rader has also worked as a Sunday School coordinator at her church. She has her own YouTube account as well.

Nia Rader was born on September 2, 1988, in Texas, United States. She is 32 years old and was born under the Virgo zodiac sign. She is a citizen of the United States of America.Nia’s parents’ names and contact information are currently unavailable. Similarly, no information about her other relatives, such as her siblings, is known. She seemed to like keeping her parents out of the spotlight.

Nia attended Wills Point High School for her educational background and qualifications. She went on to Trinity Valley Community College and earned her associate’s degree. She then spent a few years as the manager of a Maurices store at the Tanger Factory Outlet Center in Terrell, Texas.

Nia and her husband, Sam, made a video of themselves in their car lip-syncing to a Frozen song. And then there was the video, which went viral. Then their fans demanded that they start vlogging their daily lives. And there was the beginning of their YouTube journey. Similarly, they were an ordinary Texas couple who had never imagined themselves as sudden celebrities.

Under the name “Sam and Nia,” the couple created their couple-Youtube channel. They started the channel on March 9, 2007, and it has so far received 1,070,496,046 views. On their channel, they primarily post vlogs. The couple also shares the tiniest details about their children, such as their first experiences with various activities, surprises, and so on. They also have a Youtube channel where they post challenge videos.

Nia Rader also has her own YouTube channel, which she calls “Nia’s Nest.” Since its inception on May 18, 2015, the channel has amassed a total of 5,252,726 views. She posts content that depicts the raw and true side of life as a mother and a woman. Furthermore, this channel, like her family channel, focuses primarily on her vlogs. Nia also utilizes her channel to vlog about her life, her goals, and her challenges. She also posts films in which she responds to fan questions, as well as DIY projects, cosmetic tutorials, and storytime videos.

Nia’s Nest Intro…FINALLY! is the first video on this channel. This video was uploaded on May 18, 2015, and it has already received 35K views. My Husband Betrayed Me | My Story and How I Found Healing, DID NIA REALLY HAVE A MISCARRIAGE?, THIRD PREGNANCY ANNOUNCEMENT!!, GIANT BABY SHOWER HAUL!!, and STARTING YOUR ETSY BUSINESS! are some of the most popular videos on her own channel. Until date, all of these videos have received 180K views.

Nia’s Instagram account is also filled with selfies and family photos. On her Instagram feed, she has 4648 posts to date. Her photographs are very lovely, appealing, and eye-catching. Furthermore, Nia runs a little business called “Wreaths by Nia.” She runs the company from her home. She also designs wreaths and hair accessories, which she sells on the Etsy.com website.Nia was also a part of an art-and-craft business before she became a mother. Her business, on the other hand, was not doing so well. She also had very little time to dedicate to her interest when her first child was born.

Similarly, when she required a wreath for her home, she discovered that the online selections were prohibitively pricey. Nia then decided to make one herself, which led to the start of her company. She also has a part-time job as a Sunday school coordinator. Like Missy Lanning of Daily Bumps, she is also the matriarch of a YouTube vlog channel.

Their vlog from March 2014, in which they sang “Love is an Open Door,” a song from the 2013 animated film “Frozen,” went viral. And, within a few days of its release, the vlog, titled “Good Looking Parents Sing Disney’s Frozen (Love Is an Open Door),” was viewed by millions. In 2014, it was also awarded the “Artists Music Guild” award for “Video of the Year.”

And, after the video went viral, Sam and Nia saw it as a chance to try their hand at blogging. That’s why they started a YouTube channel to share films of their daily life. Similarly, after the tremendous popularity of their initial video, their channel continued to develop at a reasonable rate.In December 2015, “The Daily Dot” named “Sam and Nia” as the third most influential YouTubers of the year. In February 2017, “Digital Spy” ranked “Sam and Nia” as the sixth of seven most stunning YouTube controversies.

In February 2017, the UK-based entertainment website ‘Digital Spy’ put Nia and her husband, Sam, sixth on a list of “YouTube’s most frightening scandals.” Nia’s family channel, meanwhile, had a significant drop in viewership shortly after its launch. Sam announced that Nia was pregnant with their third child in a vlog video on the channel in 2015. Such films usually attract a lot of attention, and this vlog was no exception, attracting a lot of attention. The “comments” area was flooded with wishes as soon as the vlog was posted.

Even Nia Rader, it turns out, was unaware of the news. Her husband had apparently conducted his own pregnancy test by collecting a sample of her pee from their toilet bowl. Then, three days later, they disclosed a miscarriage in another vlog. The couple was then accused of faking both the pregnancy and the miscarriage by a mob of fanatics who attacked the vlog. Later, a report from a well-known maternity clinic said that a urine sample taken from a toilet bowl could never yield a definitive result.

Similarly, the marriage had not fully recovered from the effects of this scandal when she was involved in another one. Her husband, Sam, was once a member of the ‘Ashley Madison’ dating service for married people and individuals in partnerships, according to a prominent website. This controversy devastated Sam and Nia’s marriage once more. The couple also attended the “Vlogger Fair” in Seattle while the dating-site scandal was still going on. Furthermore, their unwillingness to respond to queries about their scandals resulted in a nasty verbal confrontation between Sam and the press. They also announced a hiatus from vlogging after this occurrence. They did, however, restart after roughly a month since the statement.

Nia Rader and Sam had been high school sweethearts for a long time. They met at a Texas high school called “Wills Point High School.” Later on, they both attended ‘Trinity Valley Community College’ and graduated with associate degrees. Following that, on September 12, 2009, the pair married at Wills Point after dating for about five years.

Nia Rader was a manager at the ‘Maurices’ women’s clothes store in the ‘Tanger Factory Outlet Center’ in Terrell, Texas, at the time. She stayed in the company for the next four years. Similarly, the couple welcomed Symphony Pearl Rader, their baby daughter, on July 18, 2010. After that, on September 18, 2013, their second child, a son named Abram, was born. On June 1, 2016, their youngest child, Juliet, was born. And now she is expecting her fourth kid with her husband.Nia Rader also enjoys adventure sports. Despite her motion sickness, she wants to try skydiving at least once. Nia too intended to be a teacher before diving into the realm of “YouTube.”

Nia Rader’s bodily dimensions, such as height, weight, breast size, waist size, hip size, and any other sizes, are currently unavailable. And all of her measures are still being scrutinized. Her hair is light brown, and her eyes are brown.

Nia is quite active on all of her social media platforms. On their couple’s Youtube account, she has 2.63 million subscribers, and on her own channel, she has 112 thousand. Similarly, she has 140K Instagram followers, 96K Facebook followers, and 36.1K Twitter followers.Her net worth is $264K, based on her earnings and income. Youtube is her primary source of revenue. She also has additional sources of income.