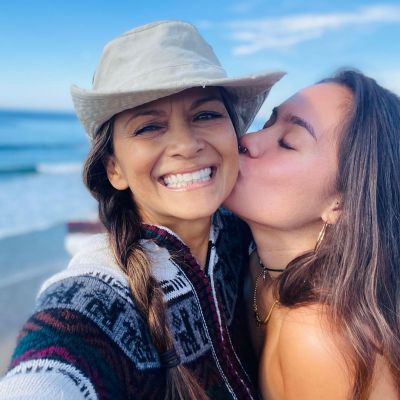 Nia Peeples is an American singer and Actress. Nia Peeples is best known for her role in popular TV series like Fame and Pretty Little Liers. Her recent work includes the role of Grace’s mom, Susan, on The Fosters.
Early Life and Childhood

Peeples was born on December 10, 1961, in Hollywood California. And is currently 58 years old. She is the daughter of Robert Peeples and Elizabeth Joan who is a flamenco dancer. Although her birth name is Virenia Gwendolyn Peeples, she goes by the name Nia. She has a multiethnic descent with maternal grandparents f Filipino, Spanish, French, and German descent. Moreover, even her father who was originally from Mississippi had Scots-Irish, English, Native American, and Italian ancestry.

Looking into her educational background, Nia attended West Covina High School. Later she joined UCLA. The university even provided her scholarship for her talent in music. However, after her 1st semester, she dropped out of the university and moved on to pursue her career.

Peeples began her career as a member of the performance group The Young Americans in the 1980s. Following that, in 1988, she had her first hit with “Trouble,” which peaked at No. 1 on the Hot Dance Music/Club Play chart and No. 35 on the Billboard Hot 100. Similarly, in 1991, she released another hit single, “Street of Dreams,” which reached the 12th spot on the Billboard Hot 100. She has also released two albums, Nothin’ But Trouble and Nia Peeples. Her contributions to the music industry have earned her a sizable fan base and following. She has even performed in foreign countries.

Nia made her Hollywood debut in 1981, playing a deaf girl in the film A Single Light. She is best known for her role as Nicole Chapman in the hit TV show Fame. She has appeared in a number of films and television shows. Her most well-known films include North Shore, Improper Conduct, Odd Jobs Tower of Terror, and many others. Similarly, she has appeared in television series such as Andromeda: The Spider’s Stratagem, The Young and the Restless, and others. She was also cast in the ABC Family hit TV show Pretty Little Liars in 2010. She also hosted the American version of Top of the Pops and The Party Machine with Nia Peeples, a weeknight dance music program. Ulysses Coyote as Isadora Begay and Miracle Underground are her pre-production films.

Despite her talent and hard work, Nia has not accepted any awards. Despite this, she was nominated in 2009 for Outstanding Actress in a Daytime Drama Series for her role in The Young and the Restless.

Nia, a music scholar, earns a lot of money from her acting and music careers. Her net worth is estimated to be $1.5 million.

Nia is currently unattached. She has, however, had several love relationships in the past, none of which could last forever. She has had five marriages, all of which have failed. Guy Ecker, her first husband, is an American actor. They tied the knot in 1984. It could, however, only last for two years. Nia dated Carlos Imperato for a year after her divorce from Ecker. However, Nia’s relationship did not work out.

Nia later married American actress Howard Hewett in 1988. The couple was married for five years and had a son together. He was given the name Christopher. They finally called it quits in 1993. Nia met Lauro David Chartrand-DelValle four years after her relationship with Howard ended. From 1997 to 2004, the couple was married for seven years. They also had a child together, Sienna Noel.

Her most recent relationship was with songwriter Sam George. They married in 2004 after a 12-year relationship. Nonetheless, the couple divorced in 2016.

Peeples’ love life and relationships have been quite contentious, as she has had five marriages and many love affairs. Despite this, her professional career has been free of controversy.

Peeples appears healthy and energetic despite being in her late 50s. She stands 5 feet 2 inches tall and weighs 56 kilograms. She also has a curvaceous body figure that measures 37-25-37. Her other physical characteristics include brown hair and light brown eyes.

‘Actor, Dancer, Writer, Director, Mother, and Friend,’ she says. Nia describes herself in this manner on her social media accounts. Fans of her incredible voice and acting abilities follow her on social media. She has 166k followers on Twitter and 202k followers on Instagram. She continues to share details about her personal and professional life on these websites.