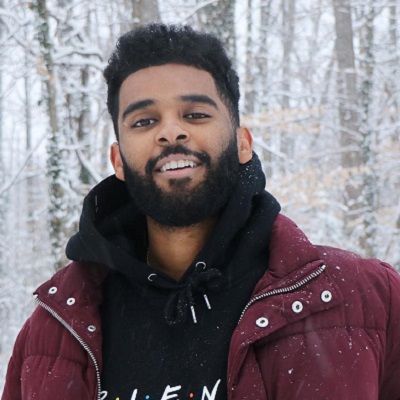 Nathan Zed is a well-known Vine star, YouTuber, vlogger, and internet celebrity from the United States. Nathan Zed is well-known on YouTube for his funny ‘Vines’ and prank videos.

Nathan Zed was born on April 6, 1997, in Virginia, United States of America. He is now 23 years old and belongs to the Aries zodiac sign. He is Ethiopian by birth. His father worked as a civil engineer. He also shares pictures of his younger cousins on Instagram.

He also studied business at the ‘Virginia Polytechnic Institute and State University,’ also known as ‘Virginia Tech.’ Nathan’s father wished for him to pursue a career as an engineer. Nathan, on the other hand, chose business over mathematics because he was bad at math. He, too, had ambitions to work in the entertainment industry and to launch his own company. As a result, he decided to pursue a career in business.

‘The Platoon of Power Squadron,’ Nathan’s all-time favorite web series, was also one of the inspirations for his YouTube career. Zendaya, a famous singer and actress, is his crush. He is a dog lover to the heart. A milkshake is Nathan’s favorite beverage. He enjoys yacht sailing.

Nathan began his social media career while still in high school. Racism was a significant factor in his decision to pursue a career. Nathan has received a lot of derogatory remarks in the past because he is Ethiopian. His decision to start a YouTube career was also motivated by the fact that there were few Ethiopian YouTubers at the time.

On June 11, 2011, he launched his own YouTube channel. He went by the online alias “TheThirdPew.” Six months later, he uploaded his first video to the website, titled “Annoying Stereotypes.” Nathan spoke about human psychology and behaviors in the video. He started posting videos on a range of topics soon after.

Nathan has previously suffered with depression and anxiety. As an Ethiopian, he has also been subjected to derogatory remarks on many occasions. These problems eventually became the focus of the majority of his channel’s material. Nathan uses his satirical videos to address certain social ills. In his video “You’re Not Good Enough,” he shared his own thoughts and hardships as an Ethiopian growing up.

This video also sparked the development of his merchandising line, ‘Good Enough,’ which he sells on a variety of websites. Sweatshirts, caps, and other accessories with his logo are available in the product line. Nathan went on to write a musical tale about the difficulties and challenges of becoming a survivor of racism. This four-part musical story featured Nathan’s editing of selected tracks with visuals.

He’s also known for his sarcastic and humorous videos. Nathan addressed rape and the negative feelings associated with the horrific crime in one of his videos. Nathan also addressed the dilemma of dropping out of college or school, which is a common occurrence among teenagers, in another video.

Nathan has worked with a number of well-known Viners and YouTubers, including PewDiePie, ‘Smosh,’ and Jenna Marbles. He once posted a reaction video to Nash Grier’s video, “What Guys Look For In Girls,” which was popular on Vine. Nathan’s answer video went viral, resulting in a significant rise in the number of subscribers to Nathan’s YouTube channel. He also made a video segment called “YouTube Sings,” in which he collected clips of YouTubers proposing song lyrics. In his ‘YouTube Sings’ videos, Nathan has performed Daft Punk’s ‘Get Lucky’ and Carly Rae Jepsen’s ‘Call Me Maybe.’

He has only posted a few videos since May 2015. The explanation for this is explained in his video, “THE FUTURE OF YOUTUBE,” in which he expresses his desire to end his “YouTube” career in the future. Nathan attended a ‘Vidcon’ in August 2013, where he interacted with other well-known social media personalities. He went to more video conventions after that, and his vlogs were later posted on his website.

“NASH GRIER RANT (RE: WHAT GUYS LOOK FOR IN GIRLS),” “Whenever an exam starts off too easy,” and “Youtube Sings Call Me Maybe (Ft. PewDiePie, Smosh, JennaMarbles, Nigahiga, Tobuscus, ERB, PSY, etc.)” are some of the most popular and well-known videos on her page. These videos have received over 3 million, 2.5 million, and 1.5 million views, respectively.

There is no detail about whether or not he is dating anybody. He hasn’t said much about his dating background. Nathan is more concerned with his job than with some kind of relationship. He prefers to keep his personal life out of the spotlight.

To date, he has not been the subject of any rumors or scandals. He has avoided speculation that could jeopardize his future.

Nathan is a handsome young man with a captivating personality. He stands 6 foot 1 inch tall (186cm) and weighs about 82 kilograms (181 pounds). He has dark brown eyes and black hair. Other than that, little is known about his physical characteristics.

On social networking sites, he is well-known. Nathan’s Instagram account now has over 180K followers. He’s still on Twitter, where he has over 533K followers. Similarly, his self-titled YouTube channel has over 528K subscribers. For business inquiries, he has provided his Gmail address, [email protected]

Nathan Zed is a social influencer by trade. He makes a lot of money from his videos and has a huge number of subscribers on his YouTube channel. He has his own merchandise called ‘Good Enough,’ which sells T-shirts for both men and women, in addition to his YouTube work. Sweatshirts, caps, and other accessories are also available. He does, however, have a net worth of around $205K.