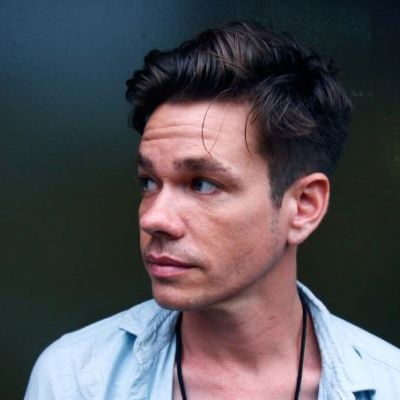 Nate Ruess is a singer-songwriter. He is best known as the lead singer of the popular pop band “Fun” and the famous rock band “The Format.”

Nate Ruess, full name Nathaniel Joseph Ruess, was born on February 26, 1982, in Iowa City, Iowa, to parents Larry Ruess and Bess Zinger. His older sister’s name is Elizabeth Ruess. As a child, he contracted pneumonia several times, prompting his family to relocate to a farm in Glendale, Arizona, in 1986. In terms of education, he graduated from Deer Valley High School in 2000. He used to play in punk bands in high school and decided to pursue a career in music after graduating. To support his musical ambitions, he took a job in a law firm.

He began his career in 2000, when he and his best friend and famous musician, Sam Means, formed the band The Format. On August 9, 2002, The Format released a five-song EP titled EP, which gained them local recognition. Elektra Records signed them in 2002 as a result of this.

The success of their debut album, “Interventions + Lullabies,” increased their popularity (2003). They released their second EP, “Snails,” in 2005, but this time through Atlantic Records. On July 10, 2006, they released their second album, “Dog Problems,” through their record label, The Vanity Label. The group, however, disbanded in 2008. He formed the band Fun immediately after The Format disbanded. Fun was founded by Nate, Jack Antonoff, and Andrew Dost.

In 2009, they released their debut studio album, “Aim and Ignited,” which received positive reviews and peaked at number 71 on the Billboard 200. They released their second album, “Some Nights,” in February 2012, and it was a huge success, selling nearly 3 million copies. The album’s lead single, “Some Nights,” also reached third on the Billboard Hot 100. They won a Grammy for their song “We Are Young” in 2013.

In 2013, he was featured on Pink’s song “Just Give Me a Reason,” which went to number one on the US Billboard Hot 100. He also appeared on Eminem’s hit song “Headlights.” He went solo in 2015, and his debut album, “Grand Romantic,” was released on June 16, 2015. Nate also contributed as a lyricist and composer to Keith Urban’s album “Graffiti U.” He has also written songs for Halsey’s Manic and Kesha’s High Road.

Nate Ruess started dating famous fashion designer Charlotte Ronson in March 2014, and the couple has been together ever since. Levon Ronson-Ruess (born in 2017) and Olympia Ronson-Ruess are the couple’s children (b. 2019).

Nate Ruess’s Salary and Net Worth

Nate Ruess has a net worth of $15 million as of August 2022. The majority of his earnings have come from his work as a singer and songwriter. He is best known as the lead singer for the bands “The Format” and “Fun.” Nate won the Grammy Award for “We Are Young” as a member of Fun. He has also worked with well-known artists such as Eminem and Pink.