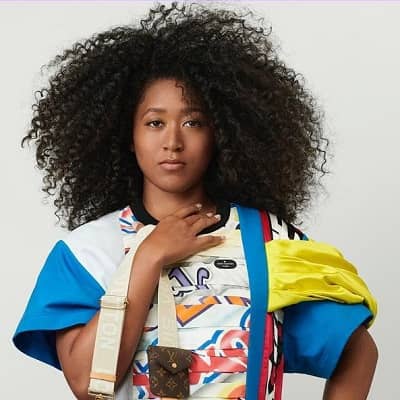 Naomi Osaka is a Japanese tennis player who competes in the women’s singles category. Naomi Osaka is the current US Open and Australian Open champion and a four-time Grand Slam singles champion. Similarly, Osaka has been named No. 1 by the Women’s Tennis Association, making her the first Asian woman to hold the top singles ranking.

Osaka was born on October 16, 1997, in Osaka City, Osaka, Japan, and is 23 years old. Leonard Maxime Francois and Tamaki Osaka met in Sapporo, Japan, in the 1990s. Tamaki’s family thought her association with a Haitian man was a shame, but Tamaki and Francois married in the end. Similarly, she was born in Osaka in 1997, 18 months after her older sister Mari. In Japan, the daughters were given their mother’s surname to make things easier.

After seeing Venus and Serena Williams at the French Open in 1999 and seeing how their father had trained them, Francois was inspired to adopt a similar path with his daughters. When Osaka was three years old, his family emigrated to the United States. She and her sister began playing tennis after they relocated to Long Island to live with her father’s parents. In 2006, the family moved to Florida, where the girls spent their days playing tennis with their father. They had attended a New York high school, but now they were homeschooled at night. Osaka’s mother struggled to sustain the family during this time.

Osaka and Mari were close on the court, but Osaka’s desire to beat Mari in a match had motivated her for years. According to CNN, Osaka stated,

“It took me 12 years to beat her,” says the narrator. “It was certainly one of the most pivotal occasions of my professional life. Over the course of my youth, she probably beat me over 1,000 times.”

Mari had early promise as a player, but injuries hindered her development. The Japanese side of Osaka’s family was first skeptical of her tennis career, but as she developed, they changed their thoughts.

Osaka, who stands 5-feet-11, did not compete in junior tournaments and, like Venus and Serena, began her career on the satellite tours. She went pro in 2013 and was named “Newcomer of the Year” by the Women’s Tennis Association in 2016. In March 2018, she won her first WTA tour match in Indian Wells, California. In September 2018, Osaka won the US Open, becoming the first Japanese player to win a Grand Slam. In January 2019, she won the Australian Open, becoming the first player since 2001 to win a major title after winning her first Grand Slam. The victory sent Osaka to the top of the global rankings for the first time in the history of any Asian player, male or female.

Osaka severed ways with Sascha Bajin, her mentor for her two Grand Slam victories, after the 2019 Australian Open. The relocation was not accompanied by an official explanation. Her next mentor was Jermaine Jenkins, but by 2020, she had switched to Wim Fissette. For the majority of 2019, she had labored on the court, hampered at times by a knee ailment. She did not compete through the first day of Wimbledon, which was a great disappointment for her. She later claimed that she was trying to rediscover her delight in the role, tweeting on July 31 that she was “relearning that pleasant feeling” and that she was optimistic about her future.

Similarly, following their third-round match at the 2019 U.S. Open, she invited losing opponent Coco Gauff to join her in a post-game interview because she didn’t want the younger player to suffer alone. Although Osaka did not advance past the fourth round of that competition, she did win in Osaka and Beijing later that year.

After losing to Gauff in the third round of the Australian Open in 2020, she was slated to represent Japan at the 2020 Olympics in Tokyo, but the COVID-19 epidemic forced the event to be postponed.

She explained the reason for the delay.

She also won the 2020 US Open by defeating Victoria Azarenka 1-6, 6-3, 6-3 in the finals. Osaka enjoys listening to music, mainly rap or hip-hop, before a competition, and she will listen to the same song over and over again until she wins.

Naomi Osaka is a professional tennis player who earns a livelihood from the sport. She is a rising tennis star in the world. Prizes, awards, contracts, sponsorships, companies, and promotions all help her generate a lot of money. She had a lot of success in 2018. She is one of the world’s highest-paid female athletes. In 2018, she garnered around $15 million in endorsements. Osaka’s career earnings from contests have totaled more over $17 million. Her net worth is reported to be $37 million as well.

Naomi Osaka is presently dating someone. Her boyfriend is Cordae, an American rapper. It’s unknown when they started dating, but they’ve been together for a long time. She has successfully balanced her professional and personal lives. More details regarding their relationship will be published when they become available.

The 23-year-old footballer stands 5 feet 11 inches tall and weighs roughly 69 kilograms. Her eyes are dark brown, and her hair is dark brown, which matches her body composition. She also wears a traditional Somalian turban on a regular basis.