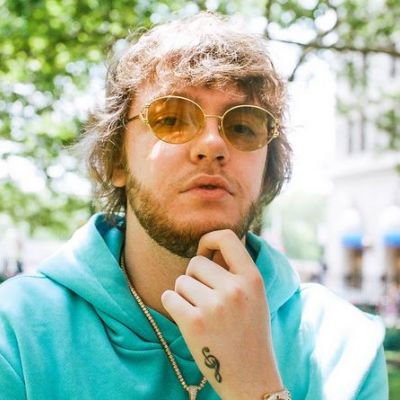 Murda Beatz appears to put his admirers at a distance from his life. He doesn’t talk about his parents or his lover.

Murda Beatz is a trap/hip-hop songwriter and beat producer from Canada. He is now signed to Interscope Records. His most well-known works include the mixtapes Keep God First from 2016 and Bless Yo Trap from 2018. He is famous for his collaborations with musicians such as Migos, Gucci Mane, and French Montana. He has also collaborated with Drake.

He used to play the drums before he started composing beats. His motivation came from his father, a huge admirer of rock music. Lex Luger and Boi-1da are also acknowledged for inspiring him. This is because he began working as a beat producer at 16. As a beginner, he played with the audio program FruityLoops (FL Studio) connected to a keyboard.

His popularity grew through social media, as he currently has over 100k followers on Soundcloud and over 116K subscribers on his YouTube channel, MurdaBeatzProduction. Murda produced several tracks on The Migos’ 2013 album. “Brokanese” and Emmitt Smith are among them.” Murda is responsible for five songs on Migos’ debut album, Young Rich Nation (2015). The album reached number three on the Top Rap Album Charts.

Murda later crossed paths with Drake and Wiz Khalifa in Toronto, Canada. Rich Homie Quan facilitated this meeting, connecting and collaborating on other projects. Later that year, Murda produced French Montana’s “No Shopping” and Gucci Mane’s “Back on the Road.” He also made Drake and PartyNextDoor’s “With You,” which appeared on the album Views (2016)

Murda and Smokepurpp also collaborated on a mixtape called “Bless Yo Trap,” which was released in April 2018. The album reached #40 on the Billboard 200 that year. It also reached #30 on the Canadian Album Chart. Singles from the album included “Do Not Disturb,” featuring Lil Yachty and Offset, and “123.”

Murda has received his fair share of accolades and recognition. Since he began producing beats, he has risen to prominence, working with well-known musicians and having his work ranked highly on many charts in the United States and Canada. He got the “Secret Genius: Producer Award” in Spotify’s Secret Genius Awards in 2018.

He also garnered a nomination for Best Album at the Grammy Awards in 2001 but did not win. At the 2019 Grammy Awards, he received six nominations for his work with Cardi B, Nipsy Hussle, Travis Scott, and Drake. In 2019, he also received the International Achievement Award at the SOCAN Awards.

Murda Beatz was born Shane Lee Lindstrom in Niagara Falls, Canada, on February 11, 1994. He grew up in a musical household in Fort Erie, Ontario. His father was an excellent guitarist, and his uncle could also play various instruments. He went to Fort Erie Secondary School for his education. He didn’t think much about school because he left Chicago after high school to work for Chief Keef. This was only the beginning of his illustrious career, as he collaborated with various artists, including The Migos.

Murda Beatz’s Salary and Net Worth

Murda’s net worth is expected to be $4 million by July 2022. He makes the most money by composing music beats, attending performances and concerts, and writing songs. However, he has not yet published anything about his home or the cars he drives, and the specifics remain unknown. His fortune is increasing daily because he earns a nice living from work. As a result, his Net Worth grows by the day, and it will likely expand in the coming years.