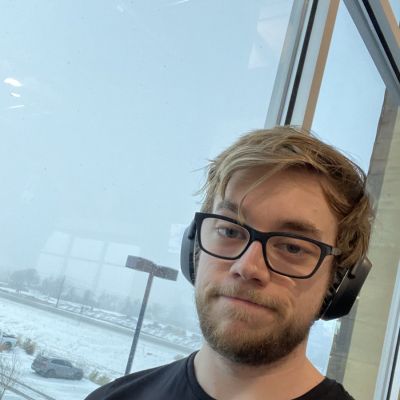 Mr. FruiB is a well-known YouTube celebrity from the United States. Mr. Fruit is a YouTube gamer who is notable for providing playthroughs of a number of games to his YouTube channel, Mr. Fruit Gaming Channel, most notably Destiny. He also enjoys games like Overwatch, Minecraft, and Party Panic.

Christian Miller was born on September 14, 1994. He was born in the United States, in the city of Las Vegas. Miller remained in Las Vegas for another five years before moving to Jacksonville, Florida, to be closer to his mother’s relatives in Georgia. Miller is 26 years old and was born under the sign of Virgo. There, he formed early connections and developed his present passion for video games. Similarly, he would relocate to Colorado after about another five years.

Fruit’s initial YouTube channel, ABowloFruit, which he founded on August 24, 2011, was dedicated to Call of Duty and Halo videos. On January 28, 2014, he launched his second and current channel, Mr. Fruit Gaming Channel. Fruit also started to form friendships with other people in his life, sharing the time with them by playing video games or participating in sports.

Fruit was given an examination after demonstrating his intellectual prowess in kindergarten to see whether he should be placed in a gifted program. However, after learning that if he was accepted into the program, he would have to study harder and have less time to be with his friends, he purposely gave wrong answers to questions in an effort to be rejected.

Fruit was able to keep the time he had for both video games and his pals as a result of his efforts. Fruit had been profoundly distressed by this relocation since he was in a whole unfamiliar environment with few people he knew. Despite this, he continued to form connections with individuals in Colorado via video games, as he had done before. He did, however, begin to spend more time indoors rather than outdoors.

He was able to spend more time inside with his pals, not merely playing video games. However, it is also important to devote time to understanding and playing the Pokémon Trading Card Game. After studying and playing the game for a few months and competing in local competitive tournaments, he made it to the national and briefly worldwide competitive scene.

And, from sixth through eighth grade, he would compete for two years. Eventually, he became the game’s top-rated Colorado Senior Player. In addition, he is North America’s seventh-highest-rated Senior Player. In 2008, he finished tenth in the World Championships.However, it was during these years, notably during his seventh grade year, that he started to suffer from genetic depression, which he didn’t realize he had until his sophomore year of high school. During his seventh school year, he only had one buddy and was always in need of attention.

His sadness had alleviated once he transferred to a new school for his eighth-grade year, and he started to make new connections. Despite his greatest attempts at self-sufficiency, his sadness persisted. Increasing his desire to spend more time inside and playing video games.Fruit used to play video games like Halo and Call of Duty, and this, along with numerous YouTube personalities whose material he appreciated as a pastime, motivated him to start his first YouTube channel, dubbed ‘ABowloFruit.’

Over the span of two years, he would continue to make one to two films a week for it. After that, in terms of content development, he would go between periods of activity and times of inactivity. However, during his first year of college, he started devoting his leisure time to something new.And, on his new and current YouTube account, ‘MyMisterFruit,’ which he launched on January 28, 2014, he has consistently created material. Mr. Fruit Gaming became Mr. Fruit in the summer of 2018, and Mr. Fruit became just Mr. Fruit.

In terms of his personal life, he is engaged to Claire Beck-Alper at the moment. In July of this year, they were engaged. Furthermore, the couple has been dating for more than four years. The two have a fantastic and solid relationship. They continue to include each other on their social media pages, demonstrating their love and admiration for one another.

He hasn’t revealed any information about his bodily measurements. He does, however, have a good height and weight for his body type. His hazel eyes are hazel, and he has light brown hair. He also has a strong and strong physical physique and wears eyeglasses.

This wealthy YouTube celebrity will undoubtedly amass a sizable fortune as a result of his work. He has a net worth of roughly $2 million as of September 2020.