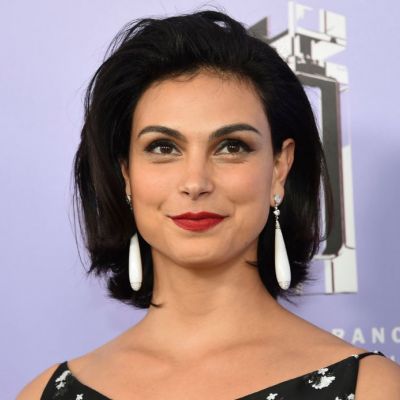 Morena Baccarin is a Brazilian-American actress best known for her role as Inara Serra in the Firefly television series.

Morena Baccarin was born in Rio de Janeiro, Brazil in 1979 to actress Vera Setta and journalist Fernando Baccarin. She is primarily of Italian descent.

When she was seven years old, she and her family moved to Greenwich Village, New York, because her father was transferred to work as an editor at Globo TV’s headquarters.

Concerning her education, she attended Public School 41 and the New York City Lab School for Collaborative Studies, where she was classmates with her future Homeland co-star Claire Danes.

She then attended Fiorello H. LaGuardia High School of Music, Art, and Performing Arts before enrolling in the Juilliard School’s theatrical department, where she was a member of the Drama Division’s Group 29. (from the period 1996 till 2000).

Baccarin’s career began with her first film appearance in Perfume, a lighthearted fashion-world comedy. The part was followed by a lead role in Way Off-Broadway.

She served as Natalie Portman’s stand-in in the Central Park staging of The Seagull. Her first television series was the science-fiction drama Firefly, and she repeated her role as Inara Serra in the 2005 film Serenity.

She provided the voice of Black Canary in several episodes of the animated series Justice League Unlimited in 2005. In the year 2006, the actress also appeared as a guest star in three episodes of the television series The O.C.

She, too, appeared as Carmen, a male-to-female transsexual, in an unaired pilot episode of It’s Always Sunny in Philadelphia. In the year 2006, it was announced that she would play an adult version of Adria, a recurrent villain on Stargate SG-1’s season ten.

In the year 2009, she made her Off-Broadway debut in Theresa Rebeck’s television comedy Our House at Playwrights Horizons in New York City. Furthermore, she landed the major part of Anna, regarded as the leader of the alien Visitors, in ABC’s 2009-11 series V.

Soon after the second season finale of the show aired in 2011, it was announced that she would not be returning for the third season. In the same month, she joined the cast of the Showtime television show Homeland.

She has received a lot of attention for her part as the opposing wife of a former prisoner of war. Baccarin’s greatest triumph is her award of Wine Country Film Festival Best Actress in Way Off-Broadway in 2001. Her portrayal as Inara Serra in the Firefly series was a huge accomplishment for her.

Morena Baccarin’s Salary and Net Worth

Morena Baccarin’s net worth is projected to be $10 million as of January 2023. She has made the majority of her money as an actor for many decades.