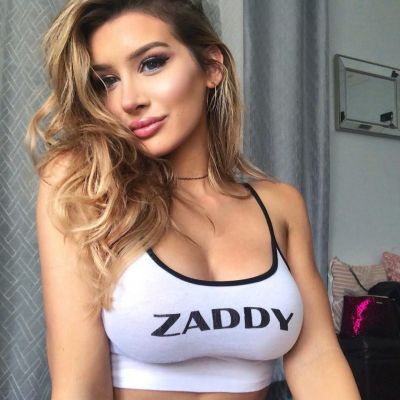 Molly Eskam is a model, actor, and YouTuber from the United States. Molly Eskam has walked the Courtney Allegra Runway Show and has been featured in Play Boy magazine. She has also worked on YouTube videos with RiceGum.

Molly Eskam is a 22-year-old actress who was born on September 29, 1998. Her zodiac sign is Libra, and she is from Scottsbluff, Nebraska. Molly also relocated to California when she was a youngster and has resided in Carlsbad, California, ever since. Molly has two elder brothers, Chace and Chance, according to her family. Her father Kent and mother Laurie are also her parents. Molly has yet to provide detailed information about her school experience.

Molly Eskam works as a model, multimedia personality, and actor. She has more than 550,000 YouTube followers to her self-titled vlog channel. She has also walked the runway at events such as the Courtney Allegra Runway Show as a swimsuit and lingerie model.In addition, she has over 1.3 million Instagram followers. Molly has collaborated on videos with YouTube sensation RiceGum as a social media celebrity. In addition, the two are great pals!

She is also well-known for her connection with the very prominent YouTube player FaZe Rug. Molly Eskam is a confident and attractive lady. Her amazing shape and amazing facial features are sure to catch anyone’s eye! Molly is also highly enthusiastic about modeling and aspires to be one of the country’s top fashion models.She now spends her time on YouTube, where she often shares her personal life tales with the rest of the globe. Molly enjoys shopping and trying out new cosmetic products and fashion outfits as a beauty consultant and fashionista. She also enjoys traveling and discovering new locations. Molly also has an athletic lifestyle and is passionate about being healthy.

Molly Eskam’s self-titled Youtube channel debuted on May 12, 2010. Q & A Plastic Surgery was the title of her debut video. Molly discussed her experience with cosmetic surgery and answered some concerns about it in this video. She followed up this video with another titled VLOG- Yelling at Strangers and Model FitnessMolly then shared her first-ever video with her gaming lover Faze Rug on January 16, 2017. F-ck, Marry, Kill with Faze Rug is the title of this film, which has amassed hundreds of millions of views in a short period of time. Molly continued to make vlogs on a regular basis and become reasonably famous on the social media site.

Similarly, ‘How To Get Free Starbucks (Not Clickbait)’, ‘Pool Day With My Dogs’, and ‘Gold Digger Prank (Asking Faze Rug For 20K)’ are three of her most popular vlogs. Molly, a popular model, explains her audience how to receive free Starbucks coffee in the first video.Model is also seen in the second video having a good time with her dogs at a pool. She uploaded this video on April 27, 2017, and as of October 2018, it has over 1.3 million views. Molly claims to be a “gold digger” in the third video, which is a joke. She then requests a significant quantity of money from her partner. This prank is incredibly fun to watch and not to be missed, with over 1 million views and over 30k likes as of October 2018!

Molly Eskam is most likely single right now. She hasn’t posted anything on social media about her current relationships or affairs. As a result, it’s possible that she’s single and waiting for someone special to enter her life. It’s also possible that she’s romantically linked with someone but is keeping it hidden from the general public. Molly formerly dated FaZe Rug, a.k.a. Brian, an immensely popular gamer.

Molly Eskam is roughly 5 feet 8 inches tall and weighs roughly 57 kilograms (125.6 pounds). Her chest, waist, and hip measurements are all 35-25-36 inches, and she has an hourglass body.

Molly Eskam started her self-titled Youtube account on May 12, 2010, when it came to her social media presence. At the time of writing this biography, she had over 37.7 million views and 580K followers on her YouTube channel. On Instagram, she’s known as @mollyeskam.

This account has over 1.3 million followers and has 701 posts shared. For commercial questions, we may reach out to her at [email protected] Moving on, Molly Eskam’s net worth is estimated to be about $30,000 dollars. Her modeling ventures and Youtube videos may provide her with a source of income.