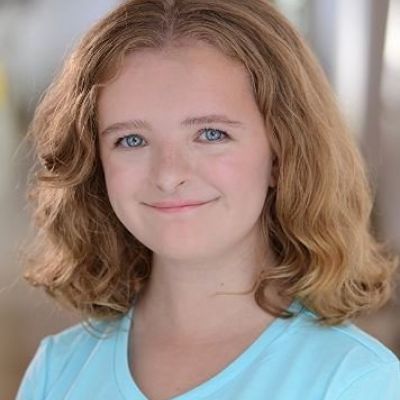 Milly Shapiro is a musical actress from the United States. Milly Shapiro rose to prominence on Broadway as Matilda in Matilda the Musical. She has also performed in a number of musical concerts, television programs, and films.

Milly Shapiro is an 18-year-old actress who was born on July 16, 2002. Her zodiac sign is Cancer, and she is from Tampa, Florida. When it comes to her family, Michelle and Eric Shapiro are her guardians. Her parents are entrepreneurs. Milly, too, has a sibling called Abigail who is a well-known actress who has accompanied her to concert series such as the Shapiro Sisters Live Out Loud.

Milly attended Community Montessori School from the age of 18 months until she was ten years old when she relocated to New York to begin her profession. Milly has practiced performing, music, and dancing with a concentration on dance, swing, tap, and hip hop since graduating from high school in May 2020.

Milly was influenced by her sister Abigail, and at the age of three, she started voice lessons. She began acting classes at the age of five. Milly was discovered at the age of ten and has been training as a talented actress and performer since then. She then relocated to New York to play Matilda in the Broadway production of Matilda the Musical.

Milly Shapiro is a talented musical performer, which means she can sing as well as perform. Mailly rose to prominence in 2013 after originating the character of Matilda in the Broadway adaptation of Roald Dahl’s original novel. She’s also appeared in productions of classic musicals such as Annie and Les Misérables. After that, in 2018, she played Charlie Graham in the film Hereditary.

Matilda was Milly Shapiro’s first professional job. This musical received 12 Tony nominations, winning “Best Book of a Musical,” “Best Featured Actor in a Musical,” “Best Scenic Design,” and “Best Lighting Design.” Milly earned a Tony Award for Excellence in Theatre in 2013 for her performance in this musical production.

Milly, along with her co-stars Sophia Gennusa, Bailey Ryon, and Oona Laurence, won this nomination for excellence. It was with both of their Matilda Broadway debuts. They became the youngest winners of the honor in history as a result of this. Milly is also nominated for a Grammy for the musical’s cast recording in the category of “Best Musical Theater Album.”

Milly and her sister Abigail have both collaborated on a series of gigs and cabarets to benefit the Anti-Bullying Movement at 54 Below. The siblings became the first minors to get their own cabaret at NYC’s 54 Below. Milly was also cast in the first off-Broadway all-youth revival of You’re A Good Man, Charlie Brown as Sally Brown.

Her first film appearance was as Charlie Graham in Hereditary, and she is equally enthusiastic about all mediums. She wants to hone her skills and believes that there is still plenty to discover. Milly is known for her unique attitude and enthusiastic commitment to anything she encounters. She likes reading, watching anime, and playing with her two dogs in her spare time. Milly hopes that her upcoming positions will continue to stretch her creativity while still becoming enjoyable to perform.

Milly is especially fond of Harry Potter and the Philosopher’s Stone, as well as an English breakfast tea and Harajuku fashion. In her spare time, she attends Anime Conventions, and her favorite shows include Black Butler, Princess Jellyfish, and Tokyo Ghoul. Moving forward, Milly’s net worth is estimated to be about $50,000 dollars.

Milly Shapiro is most likely single right now. Milly has been tight-lipped about the situation. She hasn’t posted any social networking messages that might reveal her current partnerships or affairs, too.

Milly has also kept a clear public image free of gossip, scandals, and controversy that might jeopardize her professional and personal life. Milly Shapiro’s elegance, creativity, humor, and charms, though, would undoubtedly draw more lovers in the future.

Milly Shapiro is a tall woman, standing 1.47 meters (4 foot 10 inches) tall. Milly’s other body measurement data, such as her weight, chest-waist-hip measurements, dress size, shoe size, and so on, are unknown. Milly, too, has blue eyes and blonde hair that she has colored in a variety of colors, including black, red, blue, pink, and others.

Milly Shapiro entered Twitter in June 2018 and now has 2,751 followers on her @millyshapiro confirmed handle. On Instagram, she is known as @millyshapiro, with 170 posts shared and 44.8k followers at the time of writing this biography. For more details, we should reach out to her at [email protected]