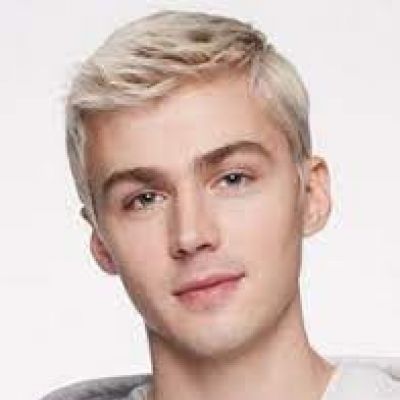 Miles Heizer was born on May 16, 1994, and he is now 26 years old. Miles was born in Greenville, Kentucky, and he is a Taurus. When it comes to his family, Miles’ mother is a nurse, and he has one older sister named Moriah.

Miles Heizer was a kid actor in a number of community theater productions in Lexington, Kentucky. When he was eleven years old, he relocated to Los Angeles with his family to pursue his acting career full-time. There is no information available on Miles’ educational journey. In addition, Miles’ full name is Miles Dominic Heizer.

Miles Heizer is a well-known actor in his early twenties. Miles is well-known for his roles as Alex Standall in the Netflix original series 13 Reasons Why and Drew Holt in the NBC drama Parenthood. Miles’ role in Parenthood is the son of actor Lauren Graham’s character. In addition, he played Drew Holt with his real-life best friend, Mae Whitman. Mae played Miles’ character’s sister, Amber Holt, until the show ended in 2015.

In addition, the young actor has acted in the films Rails & Ties in 2007, The Stanford Prison Experiment in 2015, Nerve in 2016, and Love, Simon in 2018.Miles was also nominated for a Young Artist Award for his performance as Davey Danner in the drama film Rails & Ties. Miles was only 12 years old when he took on this role. Miles appeared as a supporting actor in the 2018 film Love, Simon.

Miles’ first on-screen appearance came in an episode of CSI: Miami as a supporting character named Joey Everton. He appeared in the episode “Nothing to Lose.” Miles was a recurrent character on the medical drama ER as Joshua Lipnicki in 2007. Miles also appeared as a guest star in an episode of the Emily Deschanel-starring drama Bones.

Miles also played the role of Young James in the short film Paramedic. Miles Heizer has also appeared as a guest star in episodes of Ghost Whisperer, Shark, Bones, and Private Practice.Miles Heizer co-starred as Josh in the 2013 film Rudderless. Miles then appeared as Marshall Lovett in the drama-thriller film The Stanford Prison Experiment in 2015. On January 26, it had its world premiere at the Sundance Film Festival.

Miles Heizer also appeared in the 2016 film Nerve as Tommy Mancuso. He also played Alex Standall in the 2017 Netflix original 13 Reasons Why. In the 2018 film Love, Simon, he plays the character Cal Price. He played one of the title character’s classmates. Then, in 2018, Miles Heizer was featured in the clothing company GAP’s Logo Remix campaign. Miles Heizer was also featured in Coach’s fall and winter 2019 fashion campaigns.

Aside from that, people suspected that Miles was romantically involved with his 13 Reasons Why co-star, Brandon Flynn. Such rumors arose after the two frequently collaborated on the Netflix original series. Furthermore, the actors have clearly built a deep bond on site. Their intimacy fueled the rumors. Furthermore, the two were seen spending time together outside of the set with fellow castmates on many occasions.

Brandon and Miles afterwards uploaded several photos from their hangouts on their Instagram profiles. These incidents provided even more evidence for others to disseminate the myths. It became more heated when a short video starring the two actors began to circulate on social media.Home Movies is the title of a short film that was released in 2017. Kevin Rios directed this short film, which features a passionate kiss between Miles Heizer and Brandon Flynn’s characters. Miles Heizer’s representative eventually revealed in an interview with Page Six that the actors’ duo are merely pals.

In terms of social media, Miles Heizer joined Twitter in August 2009 and currently has over 136.4K followers on his @milesdheizer account. Similarly, Miles’ Instagram handle is @younggoth. As of January 2021, this account had 144 posts, 3.6 million followers, and 144 shares. Miles Heizer’s net worth is estimated to be about $3 million dollars.