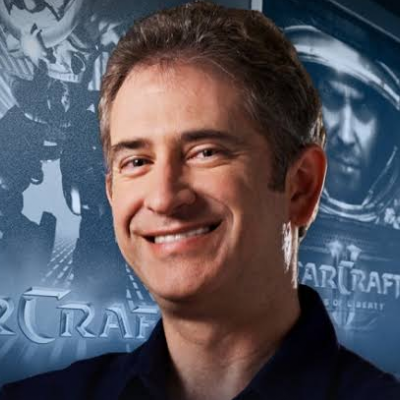 Mike Morhaime is an American video game developer best known as the co-founder and president of ‘Blizzard Entertainment Inc.,’ a subsidiary of ‘Activision Blizzard.’ Mike is also a well-known businessman and entrepreneur.

Michael “Mike” Morhaime was born in Los Angeles County, California on November 6, 1967. Nothing is known about his parents, but he was born into a wealthy family and grew up with a brother and sister, according to reports.

He and his siblings were always interested in video games since they were children. They bought a video game console called the ‘Bally Professional Arcade’ when Mike was in sixth grade. He excelled at minor game programming and aspired to work in the gaming industry.

The latest model released at the time was the ‘Bally Professional Arcade,’ and Mike discovered that the console was programmable and immediately figured out how to write simple games on it from an example of programming code he saw in the gaming newsletter.

Mike Morhaime was always a gifted student in high school. He was always a focused student who adored music. He frequently appeared on various music programs. He enrolled at the University of California, Los Angeles for further studies. He studied electrical engineering there, where he focused on hardware and learned about circuits rather than software.

He returned to school after graduating with a degree in electrical engineering to study computer architecture. There, he met two people who would become his future business partners. He began by sharing a small office in Irvine, California, with Allen Adham and Frank Pearce. They later co-founded a company called ‘Silicon & Synapse,’ which is now known as ‘Blizzard.’

One of their most notable successes was the release of ‘Warcraft II,’ their best-selling game. The game sold millions of copies worldwide. The game provided the player with a complete experience, and it could be played online against other gamers from all over the world.

Blizzard’s greatest success came with a harsh but necessary lesson. During the development of ‘World of Warcraft (WoW),’ Morhaime anticipated a much larger and more interactive new game market. They released the first game in their history that required players to pay a monthly subscription fee, which grew gradually before becoming a huge success.

That hypothesis guided all of Blizzard’s the production and marketing decisions. To Blizzard’s surprise, ‘WoW’ sold extremely quickly, leaving the underprepared Blizzard unable to keep merchants supplied with the game for an extended period of time. Mike Morhaime plays bass guitar in ETC, a metal band formed and led by Blizzard employees.

Mike Morhaime is a brilliant businessman and game developer in the industry. His list of accomplishments is lengthy. Morhaime was honored at the ‘Annual Technology & Engineering Emmy Awards for his work on Blizzard’s World of Warcraft.

Morhaime is one of only three designers or producers to have received honors from both the ‘Technology & Engineering Emmy Awards and the ‘Academy of Interactive Arts & Sciences Interactive Achievement Awards.’ He was named ‘Ernst & Young Entrepreneur Of The Year.’ Morhaime also enjoys poker and finished second in ‘DICE’s Celebrity Poker Tournament.’

His previous dating history is unknown. He is married to Amy Chen, his longtime girlfriend. Before getting married, the couple dated for several years. There is no record of their wedding date, but the couple is still together. There is also little information about the children.

Mike Morhaime’s Salary and Net Worth

Mike Morhaime’s net worth is estimated to be around $2 billion as of July 2022. His earnings from his contributions to the world of gaming have been his primary source of income.