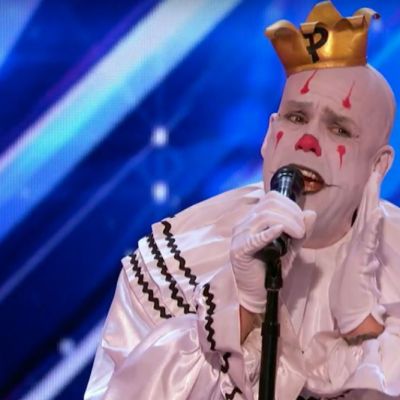 Sometimes it is our style and individuality that sells us. There are many more comedians in America who are better than Mike Geier. However, he stands out among many because of his distinct fashion sense. Mike is a multifaceted individual with many talents.

Mike Geier was born Michael Geier on March 12, 1964. He was born in Philadelphia, Pennsylvania, and is the fifth child of a family of seven. “Big Oz” and Peg Geier raised Mike. Mike refers to his family as a “house of giants” because all of his siblings are over 6ft 0 inches tall (1.83m). Geier, however, appears to be the tallest of them all, standing 6ft 8 inches or 2.03m tall.

Despite being born in Philadelphia, he grew up in Richmond, Virginia, and in 1995, he was based in Atlanta, where he also moved to live. However, little is known about his education, the school he attended, and the courses he took in college if he ever attended college after high school.

Mike began his career as a member of the touring “Swing Noir” band The Useless Playboys before settling in Atlanta in 1995. Around this time, he started an Elvis tribute band called Kingsized. Several years into this band, Geier decided to try a clown-themed side project called ‘Greasepaint,’ which became the foundation of Puddles, his later alter ego.

Puddles began as a Shriner clown but evolved into what we now know as ‘Puddles Pity Party,’ in which he wears a whiteface clown costume. Geier regards himself as distinct from Puddles, and he has refused to break character. However, the two characters share some similarities in that they both have a singing voice and enjoy singing cover songs.

The distinction between the two personalities is that Puddles has a depressed demeanor and dislikes speaking on stage or giving interviews. Puddles Pity Party was fortunate enough to be invited as a performer on Aqua Teen Hunger Force’s 2010 tour. Mike, on the other hand, appeared in several scenes of Sleep No More, which was performed at Manderley Bar in New York’s immersive theatre.

Although Mike Geier has yet to receive any awards or nominations, we cannot deny that he is talented in his field. Few people can maintain two characters without allowing one to overshadow the other. However, Mike accepts that this is a part of his life and has learned to live with it.

Despite being in the public eye for many years, he has managed to keep a low profile and keep his personal life out of the spotlight. As a result, little is known about his marriage, whether he has children, and how long he has been married to his current wife. Shannon Newton is Mike’s wife’s name. A business relationship blossomed into a marriage that has lasted for many years.

Mike Geier’s Salary and Net Worth

Mike Geier is a gifted artist who has worked in the comic book industry for many years. Mike believes in himself and always gives his all whenever he is given the opportunity to show off his skills. As of June 2022, this has significantly increased his net worth, and he is now estimated to have a net worth of $1 million, which is expected to rise even further in the coming years.

Mike Geier understands exactly what he has been called to do in the entertainment industry. As a result, he has remained dedicated to the mission and always gives his all. He chose to separate Geier and Puddle’s characters in order to prevent one from overshadowing the other. As a result, he is able to satisfy both of his fans equally.