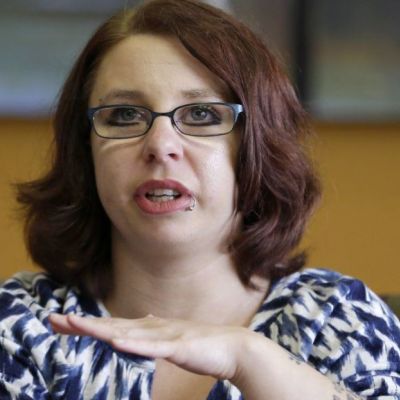 Michelle Knight is an author who Ariel Castro, a sexual offender, abducted. She was one of two women detained by Castro for about ten years.

Michelle Knight was born in Cleveland, Ohio, on April 23, 1981. Freddie Knight and Katie Hudson are her two siblings. She came from a poor family and had to care for her younger brother. Katie was born during the time she was missing. The family couldn’t afford a stove, let alone a coach. She would use a heater just to make a hot dog make a hot meal.

She had a difficult upbringing, which led to her running away from home as a teenager. Knight slept in a garbage can, wondering where she would get her next meal. As if that weren’t enough, a male relative sexually assaulted and raped her as a young girl.

She eventually returned home after spending several nights in the cold and hungry. Michelle returned to school soon after, and before she knew it, she had become sexually involved with a male classmate, resulting in teenage pregnancy. She eventually had to leave school after being made fun of by her peers. She gave birth to a boy, and she raised him herself. Her parents’ identities are still a secret.

Castro kidnapped the young lady and chained her up in his house. Gina and Amanda, two other girls, later joined her. She was tortured, abused, and raped for ten years without seeing the light of day. Due to her severe physical abuse, she miscarried several times, leaving her barren. On May 6th, 2013, Amanda and her daughter, Jocelyn, whom she had conceived with the rapist, managed to flee and call for help. Castro was captured and killed himself in jail.

Michelle found solace in writing a memoir about the horrific events that had happened to her. Her first book, Finding Me, was published a year later on May 6, 2014, the date of her rescue. The book was well received and even went on to become a New York Times second bestseller. Amazon.com ranked the book among the top 20 best biographies. She later published her second book.

Knight is currently an ambassador for women who have been raped or sexually abused. She is also reclaiming her life by taking piano lessons and cooking classes.

Her greatest accomplishment is recovering from the trauma she endured for eleven years. She did not allow her tragic ordeal to break her. Her books also became New York Times bestsellers.

Michelle was chained up like an animal for the majority of her adolescence by a psycho and sexual predator. Before that, she was raped by a male relative, which no child should ever experience. In addition, when she was about 12 years old, she had a son with a classmate she was involved with. She struggled to raise her son because her family was impoverished. When she lost her son to foster care, she was almost torn apart. When her mother’s boyfriend was drunk, he injured the boy’s knee. Her world was disintegrating piece by piece.

Michelle Knight’s Salary and Net Worth

Michelle had a difficult time finding work after spending the majority of her life chained up and abused. Fortunately, Ohio gave each victim $6,000 instead of the proposed bill’s $900,000 per victim payout. She hasn’t disclosed her earnings despite taking back control of her life and even writing two books. Her estimated net worth as of August 2022 is $500,000.