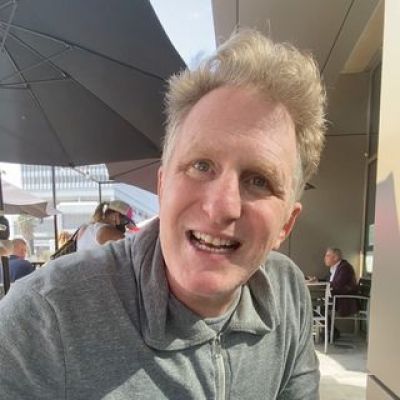 Michael Rapaport is a well-known actor, comedian, producer, blogger, and podcast host from the United States.

Who is Michael Rapaport? Michael, whose birth name is Michael David Rapaport, was born on March 20, 1970, in New York City, New York, United States. He is 50 years old right now. June Brody, a New York radio host, and David Rapaport, a radio executive and general manager, are the parents of the well-known actor. Claudia Lonow, his older half-sister, and Eric Rapaport, his younger brother, are his siblings. Rapaport is of white ethnicity and is of American nationality. The actor comes from an Ashkenazi Jewish family. Rapaport grew up on Manhattan’s Upper East Side, near 70th and York Streets, where he attended Erasmus Hall High School in the 1980s. The actor struggled in school and was eventually expelled. Despite this, the famous actor continued his studies and graduated from Martin Luther King High School in New York City, completing his education.

He, then 19 years old, moved to Los Angeles in 1989 to pursue a career as a stand-up comedian. His stepfather was a co-owner of the “The Improv” comedy club chain, which helped him land a job as a comedian. Following that, he made his television debut in the series “China Beach.” In 1990, he also played Kravits in the episode “One Small Step.”

In 1999, he played Gary in four episodes of the hit NBC comedy series “Friends.” With a supporting role in the 1993 crime film “True Romance,” the actor broadened his career. He eventually landed the part of Tom Scoggins in the science-fiction horror film “Deep Blue Sea” in 1999. The following year, he played Adam in “The 6th Day,” a movie in which he earned critical acclaim. Joey in the sitcom “Dr. Dolittle 2” was also voiced by him. From 2001 to 2004, he starred in the Fox drama “Boston Public.”

Rapaport then starred as David Gold in the 2005 American sitcom “The War at Home.” From 2010 to 2013, he also voiced Squirt in the animated series “Pound Puppies.” The actor expanded his entertainment career by directing the documentary film “Beats. Rhymes & Life: The Travels of A Tribe Called Quest,” which he ran in 2011. Apart from acting, you may recall him from the “NBA All-Star Weekend Celebrity Game,” where he won “Most Valuable Player.” From 2012 to 2013, he played a recurring role in the TV series “The Mob Doctor.” In 2013, he starred alongside Sandra Bullock, Melissa McCarthy, Demian Bichir, Marlon Wayans, Tony Hale, and Jane Curtin in the action-comedy film “The Heat.” Then, in the Netflix series “Atypical,” he played Doug Gardner.

Michael continued to diversify his career as a host, hosting the “I Am Rapaport Stereo Podcast” on the CBS Local radio network. Other podcasts where the actor has appeared as a host include “The Monday Morning Podcast,” “The Adam Carolla Show,” and “Pardon My Take.” The actor currently works as a Fox Sports reporter, covering Ice Cube’s BIG3 basketball league. The well-known actor has also served as a narrator for WWE Network’s WWE 365 season.

Rapaport has worked in the entertainment industry for a long time and has appeared in several films and television shows. He has been nominated for many awards and has received a number of them. He received a Black Reel Award for “Best Documentary” in 2012. Michael also won the Enzian Award at the Florida Film Festival in 1994. He was given the Los Angeles Film Festival Audience Award in 2011 and the PGA Award in 2012. He won audience honors in 2011 at the Sao Paulo International Film Festival.

Who is Michael Rapaport’s Girlfriend? In 2000, Rapaport married Nichole Beattie, a writer and producer. They have two sons together. They did, however, split up in 2007. In 2016, the actor married his longtime girlfriend, Kebe Dunn, for the second time.

Michael Rapaport’s Income And Net Worth

How much does Michael Rapaport? Rapaport has a lavish lifestyle. She is a well-known actress who has amassed a substantial fortune in addition to her celebrity. Michael’s net worth is estimated to be around $12 million.