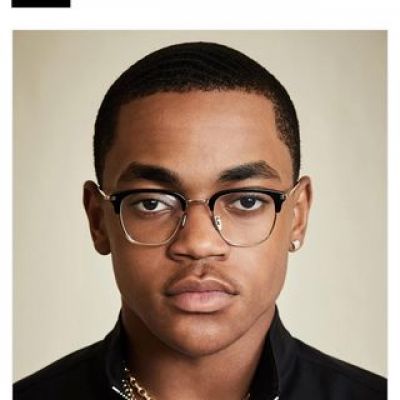 Who is Michael Rainey Jr.? Michael Rainey Jr. is a 20-year-old man who was born on September 22, 2000. He was born in Louisville, Kentucky, and raised on Staten Island, New York. Michael was born under the sign of Virgo. There is no confirmed information on Michael’s parents, siblings, or any family members. There are also no details on the young man’s educational trajectory.

Rainey Jr. is a young television actor. He is most known for his appearances on Orange Is the New Black. He played Michael in this Netflix series. Similarly, Rainey is well-known for his performance as Tariq St. Patrick in Power Book II: GHOST. Michael collaborates on this project alongside Omari Hardwick, Curtis “50 Cent” Jackson, and Naturi Naughton. Michael also appeared in the 2016 film Barbershop: The Next Cut.

Prior to his enormous success, Michael began his career in the entertainment business by performing print and television ads. The little celebrity was then cast as a youngster on Sesame Street.

In addition, Michael received his first significant film part in 2010. In Un Altro Mondo, he portrayed Charlie. This initiative also helped young Michael achieve greater recognition at the age of ten. It is an Italian film that was released in 2010. Michael learned a new language and culture while living overseas for a year for his role in this film.

Rainey then had his first appearance in an American film with LUV in 2012. The young actor co-starred with Common, Meagan Good, Danny Glover, and Charles Dutton in the film.

Furthermore, at the age of eight, Michael played a major part in Lee Daniels’ The Butler in 2013. Michael collaborated on this project with Oprah Winfrey and Forest Whitaker. In addition, the youthful celebrity is a music producer and rapper. He’s gone by the stage name “Whereis22.”

Furthermore, Michael appears in the third episode of Barbershop, BARBERSHOP 3: THE NEXT CUT, alongside Ice Cube, Cedric the Entertainer, and Nicki Minaj. The young actor previously collaborated with McKinley Freeman on the 2014 film SECOND CHANCE CHRISTMAS.

In 211, Michael also collaborated with Nicholas Cage. It is a 2018 thriller about a bank robbery. The young actor went on to feature in the Netflix film AMATEUR. Terron Forte was played by Michael in this production. In this film, he plays a young man whose basketball highlight video goes viral and makes quite a commotion.

In addition, the young actor enjoys video games and basketball. He also enjoys spending time with his two terriers and has musical talent, as he plays the piano and composes songs.

Who is Michael Rainey Jr.’s Girlfriend? Michael Rainey Jr. is presently unattached. The Power star hasn’t made any public statements or posted anything on social media about the situation. Furthermore, the young actor’s busy schedule prohibits him from meeting his ideal girlfriend or going on dates. Nonetheless, when the time comes, Michael Rainey Jr. will undoubtedly capture the attention of many young lovers with his charm, talent, and attractiveness.

Rainey previously had a romantic connection with Ugandan model Eva Apio, who was 18 at the time. When they were together, the couple frequently shared lovely photographs of one other on their individual social media accounts.

How much is Michael Rainey Jr.’s Income? Similarly, Michael’s Instagram account, @michaelraineyjr, has over 1.7 million followers. For business questions, we can reach the actor at [email protected] Moving forward, Michael’s net worth is estimated to be about $1.2 million USD.