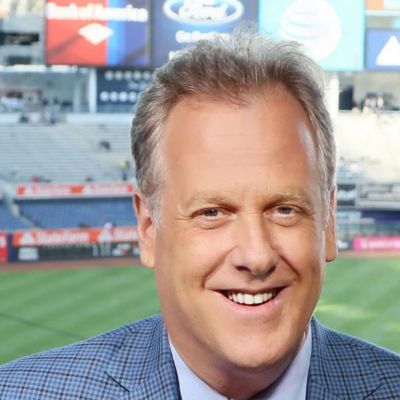 Michael Kay is not a well-known face in the sports world because he is a well-known American television play-by-play broadcaster of the New York Yankees and the host of center stage on YES Network as well as The Michael Kay Show on WEPN-FM.

Michael Niel Kay was in the Bronx, New York, on February 2, 1961. The names and occupations of his parents have not been revealed.

Kay grew up in the Bronx and spent the majority of his childhood days there. He attended Bronx High School of Science, where he began reporting as a child, and then went on to Fordham University for WFUV, where he earned a Bachelor of Arts in Communications.

Kay began his professional career in 1982 as a general assignment writer for the New York Post, primarily covering college basketball, the National Basketball Association, and the New Jersey Nets. He was assigned to write the Yankees’ beat in 1987. He left the position for the Daily News two years later but continued to focus on the Yankees. Kay also worked as a Yankee reporter for the Madison Square Garden Network in 1989.

Kay and his partner Sterling worked as radio announcers for the New York Yankees team on WABC from 1992 to 2001. During the 1992-1993 basketball season, the two hosted “Yankee Talk,” a weekend pre-game radio show. Kay hosted his own show on WABC while also working as a sports reporter for ABC Radio. When WCBS acquired the radio rights to the Yankees broadcasts in 2002, he relocated to the YES Network on television, while his partner remained on the radio. Kay has been a television play-by-play announcer ever since.

He has worked on YES with a variety of partners, sometimes three or four in the same season, the majority of whom were former professional players such as Ken Singleton, David Cone, Al Leiter, Paul O’Neill, Jim Kaat, John Flaherty, Joe Girardi, Lou Piniella, and Bobby Murcer. On September 21, 2008, he joined Jon Miller and Joe Morgan to call the seventh inning of ESPN’s broadcast of the Yankees’ final home game against the Baltimore Orioles at Yankee Stadium.

Kay began hosting a drive-time talk show on WEPN, which is now co-hosted by Don La Greca and Peter Rosenberg, as well as CentreStage on YES Network, which is a sports and entertainment interview-format show, in the same year.

Michael Kay received one New York Emmy for his work with the YES Network as a member of the NYY broadcast team. Kay was nominated for several New York Emmy Awards for his work with the YES Network, including Yankee’s Broadcasts and his interview show “CentreStage.” He was also a member of the team that won an Emmy in 1998 for outstanding Live Sports Coverage-Series.

Kay is a married man; on February 12, 2011, he married Jodi Applegate. Former New York Mayor Rudolph Giuliani officiated the ceremony. Some of the guests included actors such as Robert DeNiro, Bobby Cannavale, and his uncle, Danny Aiello. Former Yankees such as Al Leiter, Tino Martine, and Paul O’Neill were among the others.

Kay was scheduled to undergo vocal cord surgery on July 3, 2019, which would keep him out of the broadcast booth from early July to late August. On the 26th, he returned to his radio.

Michael Kay’s net worth is estimated to be $4 million. Throughout his career, he has built a million-dollar empire through his play-by-play broadcasting work. He has not revealed how much money he earns or how much money he is worth. However, it is clear that he lives comfortably, implying that he earns a good living.

Michael Kay is one of the few people who recognize their passion at a young age, as he began reporting as a teenager when he was still in high school and continued to do so throughout his career.