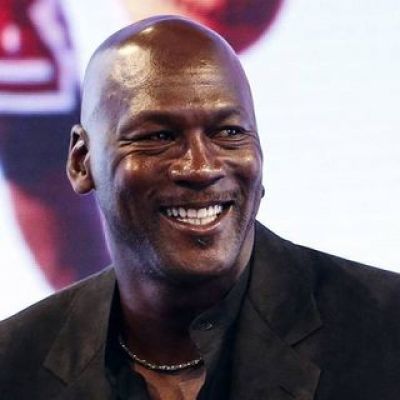 Michael Jordan is a former NBA basketball player who won the Most Valuable Player Award five times while leading the Chicago Bulls to six championships. Olympic athlete, entrepreneur, and actor Michae Jordan, regarded as one of the greatest basketball players of all time, dominated the sport from the mid-1980s to the late 1990s.

Who is Michael Jordan? Michael Jordan was born Michael Jeffrey Jordan on February 17, 1963, in Brooklyn, New York, United States. He was the fourth of James and Deloris’ five children. Similarly, he was born in the United States and bears the Aquarius zodiac sign. Jordan grew up in Wilmington, North Carolina, in a healthy household. Delores, his mother, was a bank teller who went on to write many books. James, his father, worked at General Electric as a maintenance worker before becoming a manager. Larry, Deloris, Roslyn, and James Jr. were his four siblings. Jordan had a competitive advantage from a young age.

Jordan was determined to win every game he took part in. Jordan’s father, James, taught him how to play baseball and built a basketball court in their backyard. James was shot and killed in his car in an apparent robbery while driving from Charlotte to Wilmington, North Carolina, in the summer of 1993. His body was discovered in a swamp in McColl, South Carolina after he went missing for 11 days. The teenagers who were found guilty of the crime were sentenced to life in prison for first-degree murder.

Emsley A. Laney High School was Jordan’s alma mater. In 1981, he enrolled at the University of North Carolina at Chapel Hill and quickly rose through the ranks of the school’s basketball team. Jordan scored the game-winning basket in UNC’s NCAA Division I championship game against Georgetown University in 1982. Jordan entered the NBA in 1984 after his junior year of college. Jordan completed his bachelor’s degree in geography in 1985 while continuing to play professional basketball.

What is Michae Jordan’s Height? Jordan’s height and weight are 6 feet and 6 inches and 98 kilograms, respectively. He is an athlete, so his body is athletic. He also has dark brown eyes and used to have black hair, but he is now bald. Jordan also has a dark complexion.

Jordan’s professional basketball career started in 1984 when he was drafted by the Chicago Bulls. He was the third overall selection, behind Houston Rockets’ first-round pick Hakeem Olajuwon and Portland Trail Blazers’ Sam Bowie; the draft also included legends like John Stockton and Charles Barkley.

Jordan made his Olympic debut as a member of the United States Olympic basketball team during the summer of 1984. Jordan quickly established himself on the court. He contributed to the team’s playoff appearance and averaged 28.2 points per game that season. Since Wilt Chamberlain, he was the first player to score more than 3,000 points in a single season.

The Chicago Bulls were rapidly becoming a force to be reckoned with by the late 1980s, and Jordan was an integral part of the team’s success. In 1990, the Bulls advanced to the Eastern Conference Finals, and the following year, they defeated the Los Angeles Lakers to win their first NBA championship. Jordan was already well-known for his superior athleticism and leadership skills on the court at the time.

The Chicago Bulls won their second NBA championship in 1992, defeating the Portland Trail Blazers. The next year, the team won their third title, dominating the basketball world. Jordan returned to the basketball court for the Chicago Bulls in March 1995 after a brief spell in minor league baseball. The next season, he returned even stronger, averaging 30.4 points per game and leading the Bulls to a then-record 72 regular-season wins before defeating the Seattle SuperSonics in the NBA finals.

In 1996-97, Chicago came close to matching the previous year’s mark of 69 wins, a season that culminated in a six-game victory over the Utah Jazz in the NBA Finals. In 1998, the two teams met for the championship again, with Jordan scoring the game-winning shot in Game 6 to earn his sixth NBA trophy. Jordan joined the Washington Wizards as a part-owner and president of basketball operations in 2000, following his second retirement from basketball in 1999.

Jordan stepped down from these positions in the fall of 2001 to return to the court. He spent two seasons with the Wizards before retiring permanently in 2003. Jordan has retired from basketball three times in the 19 years since he began his professional career. He retired three times, the first in 1993, the second in 1998, and the third time in 2003.

For his efforts, Jordan got the NBA Rookie of the Year Award and was chosen for the All-Star Game. Jordan and his team won gold at the 1984 Olympic Games in Los Angeles. Similarly, in 1990, the Chicago Bulls defeated the Los Angeles Lakers to secure their first NBA championship. The Chicago Bulls won their second NBA championship in 1992, defeating the Portland Trail Blazers. Jordan went on to help the United States win the gold medal at the 1992 Olympic Games in Barcelona, Spain.

Michae Jordan’s Income And Net Worth

How much is Michae Jordan’s Income? Michael Jordan is the third-richest African-American in the United States. A 56,000 square foot mansion with a state-of-the-art gym, an NBA regulation-size basketball court, a tennis court, a putting green, and a three-bedroom guest house is priced at $29 million. His net worth, on the other hand, is estimated to be around $2.1 billion.

Jordan uses social media, but she isn’t very involved in it. He has pages on Facebook, Instagram, and Twitter. Michael Jordan has tens of thousands of followers. On Twitter, he has 46.5 thousand followers, and on Instagram, he has 118 thousand followers. Since he has become a hero in everyone’s eyes, he has a slew of fan sites.