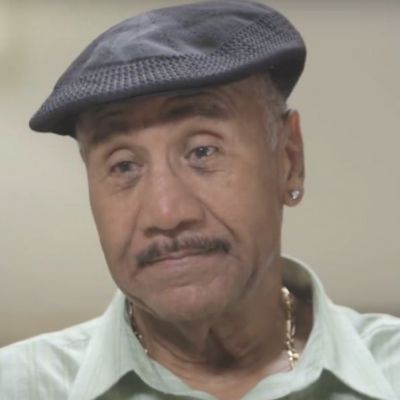 Michael Braxton Sr. is a well-known reality television star from the United States. He is best known for his appearance on the television show Braxton Family Values with his family. Braxton began his ministry as a preacher. He is the father of The Braxtons, an American musical quintet consisting of five of his daughters.

Rev Michael Braxton Sr. was born on June 26, 1947, in Maryland. However, little is known about his childhood years. He grew up in Cherry Hill, Baltimore. Michael has never disclosed any information about his parents. He attended Carver Vocational Technical High School. Michael also earned an associate’s degree from Anne Arundel Community College. He later attended Bowie State University to study business administration.

Michael Braxton Sr. began his career as an electrician at Baltimore Gas and Electric. He has also worked as a substitute teacher and has earned a lot of respect for his dedication. He was raised as a United Methodist, but as a teenager, he felt the church was not for him. God called him to preach when he was 25 years old. He was soon appointed as an assistant minister at Severn’s Metropolitan United Methodist Church.

Later, he was appointed pastor of Mount Tabor United Methodist Church in Gambrill. He also attended the Wesley Theological Summary in Washington, according to reports. Michael also serves as the pastor of Cecil Memorial United Methodist Church on Parole Street. During his tenure as pastor, he provided opportunities for youth to participate in church and served as a mentor.

As a father of six children, he has always attempted to persuade teenagers of the importance of the church. Many people regard him as an effective role model who has accomplished a great deal through his leadership style. However, he removed his tie and clerical gown only to devote himself to his family.

In addition, he has appeared on WE tv in the reality show Braxton Family Values. Since April 2011, the show has been running successfully and has completed seven seasons. He appears in the show with his entire family, including his grandchildren and sons-in-law.

He is a member of the show’s featured cast, and it is also available on home media. Although there was speculation that the show would not return, Braxton confirmed in October 2021 that the eighth season would be coming soon.

Michael Braxton Sr. is a well-known figure. He was the pastor of Cecil Memorial United Methodist Church. He received the Martin Luther King Jr. Drum Major Award. He was given this award for starting the tutorial program, which assists children with their schoolwork.

Michael is also the father of a son named Michael Braxton Jr. Evelyn and Michael Braxton Sr. divorced in 2000 after 34 years of marriage. In 2000, he found love again and married Wanda Braxton. Despite his divorce from his first wife, he continues to appear on the reality TV show with her.

Michael Braxton Srnet .’s worth is estimated to be around $1 million as of June 2022. He has been a pastor and served in various positions in numerous churches throughout his career. However, we don’t know what he was paid. Michael began his career with Baltimore Gas and Electric and has also worked as a substitute teacher.

Michael Braxton Sr. is a well-known figure. He has also been recognized for his significant contributions, particularly to youth. He became a member of his family as a result of his dedication. His children are all successful, and his daughters have won numerous prestigious awards, including the Grammys. For the time being, he associates himself with appearing in a reality TV show.