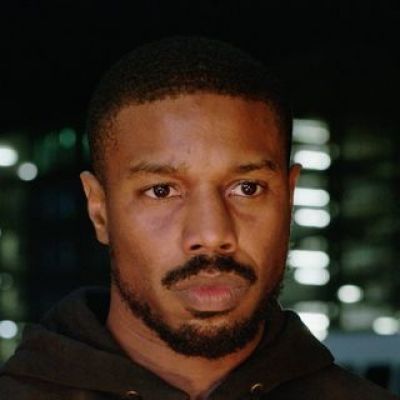 Michael B. Jordan is an American actor who has been a part of the Hollywood industry since 1999 and is regarded as one of the most influential. He first appeared in ads when he was a child in various Toys advertisements, and then he made his acting debut in the film “Black and White” when he was just 12 years old. Michael is best known for his roles as Oscar Grant in Fruitvale Station and Wallace in The Wire. Aside from acting, he has also lent his voice to a number of video games and has appeared in a number of music videos with a number of well-known artists. In addition, for his prestigious roles in his acting career, he has won accolades and distinctions.

Who is Michael Bakari Jordan? Michael Bakari Jordan was born in the state of California on February 9, 1987. Michael A. Jordan, a caterer, and Donna Jordan, a teacher at Arts High, are his parents. Jamila Jordan, his older sister, is a producer, and Khalid Jordan, his younger brother, is a university footballer. He is 33 years old and born under the sign of Aquarius. Michael B. Jordan is an American with a Black ethnicity, according to his nationality. Michael B. Jordan finished his schooling at his home school, although he had previously attended Newark Arts High School.

Michael B. Jordan made his television debut as Ridgeland Kid in an episode of “The Sopranos” and as Mike in “Cosby.” In 2002, he appeared in 12 episodes of the crime drama TV series “The Wire” as Wallace. From 2003 to 2006, he appeared in 59 episodes of ‘All My Children’ as Reggie Porter. Following that, he appeared in three television shows: CSI: Crime Scene Investigation in 2006, Cold Case in 2007, and Bones in 2009. He has appeared in 13 episodes of ‘The Assistances’ and 26 episodes of ‘Friday Night Lights from the same year until 2011. In 2010, he also appeared in ‘Law & Order: Criminal Intent and ‘Parenthood.’ Later in 2018, he worked as an executive producer on the television films “Fahrenheit 451,” “gen: Lock,” and “Raising Don.” He also made a guest appearance in the psychological thriller ‘You,’ which will be released in 2020.

In the 1999 film “Black and White,” Michael B. Jordan made his acting debut. He then took a long break after making the film ‘Hardball’ in 2001. In 2007, he made a comeback in the film “Blackout.” After that, he starred in three films, including ‘Pastor Brown,’ ‘Red Tails,’ and ‘Chronicle,’ before breaking through in the 2013 biographical drama film ‘Fruitvale Station.’ He played the lead role of Oscar Grant in this film, and everyone praised his performance, earning him 11 nominations, five of which he earned. In the same year, he voiced Victor Stone / Cyborg in ‘Justice League: The Flashpoint Paradox,’ a direct-to-film game.

In 2015, he had success with the films “Fantastic Four” and “Creed.” He then took a two-year break from acting to star in the 2018 superhero film Black Panther, in which he played N’Jadaka / Erik “Killmonger” Stevens. He was cast alongside Chadwick Boseman, Letitia Wright, Danai Gurira, and others in the film. In the same year, he appeared in a cameo in ‘Kin’ and reprised his film appearance in ‘Creed II.’ In addition, he acted as Bryan Stevenson in the biographical legal drama film “Only Mercy” as a producer and actor in 2019. His first film as a director was a success, earning generally favorable reviews.

In 2013, Michael B. Jordan received five awards out of eleven nominations for his film “Fruitvale Station,” including the Hollywood Film Awards, Gotham Awards, National Board of Review of Motion Pictures Awards, Satellite Awards, and the Santa Barbara International Film Festival Award. Similarly, he has received five more awards for his performance in the film “Creed.” In addition, he received seven awards for his film “Black Panther” in 2018.

Michael B. Jordan’s Income And Net Worth

How much does Michael B. Jordan worth? Michael B. Jordan is one of Hollywood’s most well-known and prolific actors. He has a sizable fan base and makes a good living from his acting career. His net worth is expected to be $12 million by 2020.