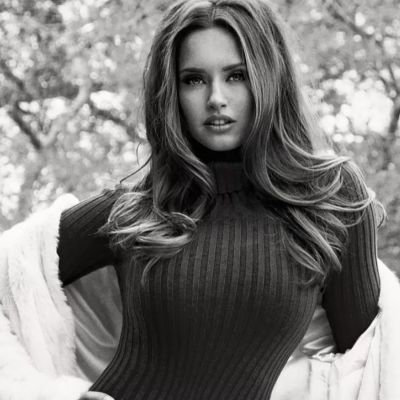 Merritt Paterson is a Canadian actress best known for her role as Olivia in the Pretty Little Liars spin-off ‘Ravenswood.’

She was born in Whistler, British Columbia, Canada, on September 2, 1990. Merritt Patterson was born to Dave Patterson, but there is no information about her mother. Her younger sister is Mackenzie Patterson.

Merritt is of Scottish and English descent and holds dual Canadian citizenship. Paterson must have gone to a top institution or university, but she hasn’t disclosed which one.

She began her career as a model before transitioning to acting. She had a rocky start to her modeling career, as she was frequently turned down. Jessica made her feature film debut as the lead in the fantasy horror film ‘The Hole.’

In addition, she made her television debut as Ashleigh Redmond in the ANC science fiction series ‘Kyle XY’ in 2006. She also gained notoriety after playing in the E! channel drama TV series “The Royals” and the spooky adolescent thriller “Ravenswood.” In 2010, she also won the Canadian Herbal Essences Teen Model Search, defeating 10,000 other hopefuls.

Merritt Paterson’s Salary and Net Worth

Paterson’s net worth is estimated to be around $1.5 million, which she earned throughout her professional career.