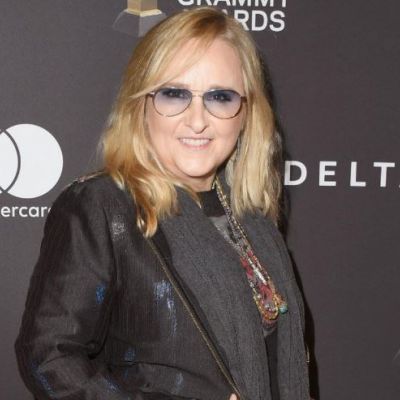 Melissa Etheridge is a singer, songwriter, and guitarist. She has also released hit songs such as I’m the only one and Come to My Window.

Melissa Lou Etheridge was born on the 29th of May 1961 in Leavenworth, Kansas. John Etheridge and Elizabeth Williamson were her parents. She was born with her older sister, with whom she grew up. Mellissa’s ethnicity is American, and she is also an American national.

Mellissa began her education at the David Brewer School and eventually transferred to Leavenworth High School. She was a part of the inaugural “Power and Life” musical/dance group at LWS. She later attended Berklee College of Music in Boston in 1980 but left out in the third semester.

Mellissa has been interested in music since she was a child. She began playing the guitar at the age of eight and spent her whole adolescence in all-male country music bands. Mellissa attended the Berklee College of Music at 18 to develop her career, but she did not complete her studies since she moved to Los Angeles to pursue her music career.

Mellissa began her career in bars such as the Vermie’s in Pasadena, California. She was also working in lesbian bars in Los Angeles when Chris Blackwell, the head of Island Records, spotted her. In 1986, she was offered a contract to write songs for films such as Weeds. Mellissa later published other albums, including “Yes I Am,” “Lucky,” “Your Little Secret,” and “4th Street Feeling,” among many others.

Her album “Yes I Am” received a lot of attention in 1993 after spending about 138 weeks on the Billboard 200 charts, with the hits at the time being “Came to my Window” and “I’m the Only One.”

Mellissa’s album “Breakdown” peaked at number 12 on the Billboard charts in October 1999, spending more than 18 weeks on the charts. It later resulted in her being nominated for a Grammy Award for Best Rock Album. Mellissa has also created a life documentary on herself.

In 2004, she was diagnosed with breast cancer, which required surgery and chemotherapy. In addition, due to chemotherapy, she performed at the 2005 Grammy Awards with a bald head.

Mellissa has been married three times. She is married to Linda Wallem, whom she married on May 31, 2014. They married after being in a relationship for two years, beginning in 2013. They live happily together with the 56-year-old American writer.

Mellissa’s first marriage was to Lynn Michaels, whom she married on September 20, 2003. The pair, however, split in 2012. Mellissa had two children with Michael, Johnnie Rose and Miller Steven, on October 17, 2006, with the help of a sperm donor.

Mellissa began dating Julie Cypher in 1990, and they produced two children, Bailey Jean Cypher and Beckett Cypher, with the help of sperm donor David Crosby. They divorced in 2000 because they were unhappy together.

Melissa Etheridge’s Salary and Net Worth

Mellissa has amassed an estimated net worth of $30 million as of July 2022 through hard work and persistence. She has climbed the ranks to dine with the kings. Her pay has not yet been determined.