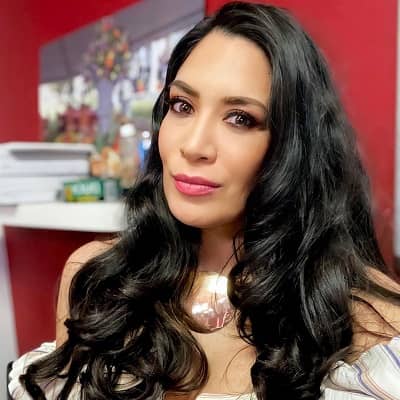 Melina Perez is a great American wrestler and model. Melina Perez rose to international prominence as Melina during her tenure with WWE, and she currently wrestles for Impact Wrestling and the National Wrestling Alliance (NWA).

Melina Perez was born on March 9, 1979, and she is 43 years old. Her zodiac sign is Pisces, and she was born in Los Angeles, California. Despite being from Los Angeles, she grew up in the High Desert. Perez is of Mexican American origin, and she speaks English and Spanish fluently. Perez’s father’s name is Prisciliano Perez II, and she has a younger brother named P.J Perez. She went to Hesperia High School. In addition, her full name is Melina Nava Perez.

Melina Perez’s billed height is 5 feet 4 inches or 1.63 meters, and she claimed weight is around 121 pounds or 55 kilograms. Similarly, this great wrestler has a chest-waist-hip size of 35-25-35 inches. Perez also has hazel brown eyes and dark brown hair.

Melina Perez is a well-known wrestler and model in her professional life. Her ring aliases as a wrestler are Kyra, Melina, and Melina Perez. In February 2022, she will mark the 15th anniversary of her first victory. Similarly, she began her modeling career as a beauty pageant participant. As a result, she has crowned Miss Hawaiian Tropic Anaheim.

People are most familiar with her from her career with WWE as Melina. Currently, this wrestler competes for Impact Wrestling and the National Wrestling Alliance (NWA). This individual began training to become a professional wrestler in the year 2000. Perez studied at Jesse Hernandez’s School of Hard Knocks to become a professional wrestler. Following that, in the year 2001, this personality had her wrestling debut.

The wrestler then auditioned for WWE’s reality show Tough Enough III in late 2002. She was, however, ousted in the first round. Al Snow urged her to pursue her wrestling career further. Furthermore, this wrestler inked a deal with WWE in March 2004. She was then sent to Ohio Valley Wrestling (OVW), WWE’s developmental territory. There, he began guiding Johnny Nitro and Joey Mercury to three WWE Tag Team Championship reigns.

This personality is also known for her flexibility, which she employs both during her entrance and throughout her in-ring moves. Bret Hart referred to her as “one of the finest wrestlers in the world,” while WWE referred to her as having “perhaps the most astounding repertoire of offensive moves in Diva history.”

Melina Perez is currently single. From 2003 through 2014, she was in a relationship with John Hennigan. She has also been romantically involved with Mike Knox. Furthermore, this individual was alleged to have hooked up with Dave Bautista in 2007. Aside from her romantic life, Perez has a pet dog named Reyna. She frequently posts images and videos of Reyna on her Instagram and YouTube accounts.

Moving on, Perez has an estimated net worth of $2.3 million US dollars.

Melina Perez began using Twitter in January 2010 and currently has over 681.6K followers on her @realmelina account. Similarly, she has over 400k Instagram followers under the handle @realmelina. She also has over 127K followers on her Facebook page. This wrestler has a YouTube account called “RealMelina.” She started it on August 21, 2010, and it already has over 199.8k views and 27.4K subscribers.