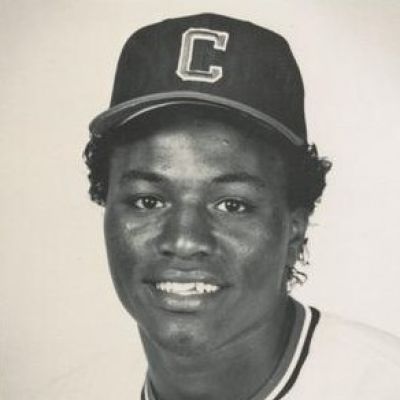 ‘There are ups and downs in life.’ This sentence rings true in the life of Mel Hall, a professional baseball player who experienced both highs and lows.

Melvin Hall Jr. was born in Lyons, New York, on September 16, 1960. His family was one of the few black families in Montezuma, New York, where he grew up in a low-income family.

His father was a muck farmer, and his mother was a factory worker. Surprisingly, his father had briefly played for the Cincinnati Red Chains. Hall attended Port Byron High School, where he participated in baseball, football, and basketball. Concerning Hall’s privacy, information about his family and children is kept secret.

His zodiac sign is Virgo because he was born on September 16th. Hall weighs approximately 185 pounds (83 kilograms) and stands 6’0″ (1.83 m) tall. However, his actual physical appearance is unknown because he is currently incarcerated.

Mel Hall became the fifth-youngest player in Major League Baseball history. He made his major league debut with the Chicago Cubs on September 3, 1981, at the age of 20. Hall was drafted in the second round in 1978. His hitting and pitching styles were both left-handed. He appeared in ten games during his rookie season.

In 1983, Hall played his first full season in Major League Baseball. At the tender age of 22, he blasted 17 home runs in 112 games. Hall appeared in 194 games for the Chicago Cubs, scoring 92 runs.

Similarly, Hall spent the next five years with the Cleveland Indians, from 1984 to 1988. Mel appeared in 538 games for the Indians, scoring 244 runs in the process.

Most noteworthy, he had a strong season in 1987, when he had the best fielding % and range factor of any MLB left fielder. Hall later played for the New York Yankees. Hall appeared 519 times for the Yankees over his four-year career. Hall hit 15 home runs during the 1992 season.

After his tenure with the New York Yankees, his contract expired. However, no major league clubs were interested in signing him. As a result, at the age of 32, Hall opted to quit the Major League Baseball franchise.

After exploring numerous options, Hall chose to sign a two-year $4 million contract in Japan. Instead, he joined with the Chiba Lotte Marines, a Pacific League professional baseball team in Japan.

Hall moved on to his next squad after playing for the Marines from 1993 to 1994. The Chunichi Dragons, another professional team headquartered in Nagoya, Japan, would be his next stop. Hall played for them during the 1995 season.

In 1996, Hall signed with the San Francisco Giants. However, the baseballer only had three singles in 25 games for the entire season.

Mel was released after a month due to his poor performance. Soon later, the MLB player announced his retirement from professional baseball.

Mel Hall’s Salary and Net Worth

Mel Hall was in high demand on the Baseball market following his outstanding season in 1992. Hall’s popularity brought him financial prosperity.

It is anticipated that Hall made $1.2 million that season, according to sources. Hall has earned at least $6.3 million over his Major League career.

Similarly, his contracts with two Japanese Baseball teams enabled him to make more than $4 million. Throughout his baseball career, Hall amassed a sizable fortune. Furthermore, according to some estimates, Hall possessed 15 cars and utilized a limousine for mobility.

Mel Hall had a distinct personality. Hall had a good time, according to his former teammate Steve Sax. However, it was difficult to figure out what he was thinking.

According to Coolopolis.Blogspot.com, Hall plotted to make his wife and girlfriend argue in 1989 during Indians training camp by placing them near the swimming pool at his team’s hotel.

According to DidTheTribuneWinLastNight.com, Mel, who liked to live dangerously, drove them to the hotel. Eventually, the two ran into each other at the pool and battled. Similarly, the event was witnessed by Tribe general manager Hank Peters’ wife and granddaughter.