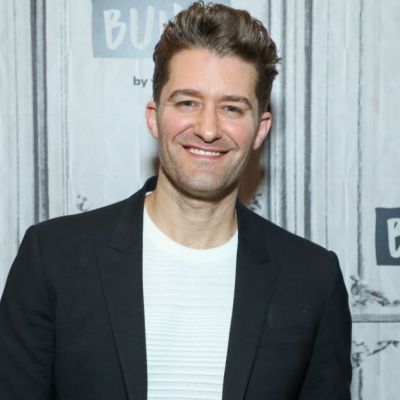 Matthew Morrison is an accomplished actor, dancer, and songwriter. He is an American by nationality. He was born on October 30, 1978.

Matthew knew from a young age that he was the best actor. His parents had been highly supportive of his decision to pursue a career as an actor. He was introduced to this field for the first time when he was in fifth grade. Matthew had been introduced to children’s theatre at the time.

He was so moved and inspired by the theater that he decided to pursue it. That is why he enrolled in Orange County High School Of The Arts. Following that, he attended New York University’s Tisch School of Art. He was soon invited to an audition on Broadway. He got his first role in Footloose around this time.

Matthew’s first television role was in the popular series Sex And The City, where he played a minor role. Following that, in and around 2002, he was seen as Phantom in the Rocky Horror Picture Show.

It wasn’t until August 2002 that he was noticed at a Broadway show called Hairspray. Matthew was cast in the role of Link Larkin.

Matthew Morrison’s Income And Net Worth

Morrison is estimated to have a net worth of $12 million. He made most of his money from television shows and movies. Aside from that, his net worth increased as a result of the release of two albums. In terms of pay, we’ve learned that he charges $80,000 per episode (approximately) of a TV show.

Despite having performed in several live tours, Matthew once admitted to having stage fright. He was far too scared to take the stage and perform. That is why he decided to leave all of the boy bands and focus on musical theater.

Regarding his dating life, we have learned that he is married to Renee Puente. They had been dating for two years before marrying in 2014, and they have a son.