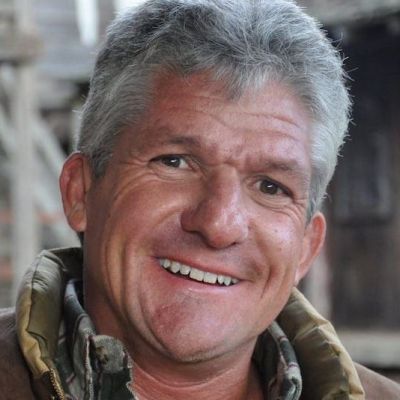 Matt was born on October 7, 1961, in San Francisco, California. Roloff has diastrophic dysplasia, a type of degenerative dwarfism. Because of his condition, he needed fifteen operations when he was young.

He was born to Peggy and Ron Roloff, who are both of normal height, whereas Matt is only 1.27m tall. He has a sister, Ruth, and a brother, Sam, who, like him, has diastrophic dysplasia and walks with crutches. Joshua, his 34-year-old brother, died in 1999 from severe heart problems.

Roloff worked as a computer programmer in Silicon Valley in the late 1980s. He then sold software systems to various Fortune 500 corporations. However, he changed course and took a lower-paying job to get away from the high-pressure environment of Silicon Valley.

He purchased a plot of land in Oregon and worked tirelessly to construct Roloff Farm, which is now open to the public.

On the show Little People, Big World, he was an executive producer. It had a successful six-season run. TLC then filmed a four-hour special with them. There were two spin-offs from the series: Small People Big World: Conquering Mt. St. Helens, Big World: Wedding Farm, and Little People

Matt is a member of the National Speakers Association and a motivational speaker. He has delivered speeches at universities, conventions, and corporate events. He has also appeared on The Oprah Winfrey Show, Rachael Ray, Good Morning America, The Tonight Show with Jay Leno, The View, and other talk shows.

Matt Roloff is the ex-President of Little People America. He is also a founding member and President of the Coalition for Dwarf Advocacy, a non-profit organization that advocates for better treatment of dwarves and shunted people.

He is also in charge of creating and establishing Direct Access Solutions, which has the unique function of selling Short Stature Accessibility Kits to numerous hotels in order to ensure that people of short stature have a more comfortable stay.

Roloff has also visited US troops in Iraq three times. He has also assisted an Iraqi family whose children have dwarfism in receiving medical treatment.

Amy, his ex-wife, has achondroplasia. She, too, is a dwarf and appears in the film Little People, Big World. They met at the Little People of America convention in 1987 and married the following year. However, after spending so many years together, they divorced in 2016. They have four children: fraternal twins Jeremy and Zachary, Molly and Jacob. Zach is the only one who has inherited his mother’s condition.

Matt Roloff’s Salary and Net Worth

He has a net worth of $5 million as of July 2022. He makes a living as an actor, a farmer, a motivational speaker, and an entrepreneur, among other things.