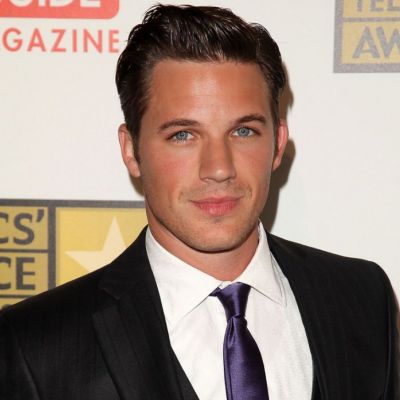 Matt Lanter is the blue-eyed heartthrob that we’ve grown to love in the film industry. He was born on April 1, 1983.

Matt, the younger of two children of Jana Kay, a school secretary, and Joseph Hayes Lanter, an insurance company executive, had always had a soft spot for sports.

Kara and he were both born in Ohio, but the Lanter family relocated to Georgia around 1991. He graduated from Collins Hill High School and had a successful baseball career. He studied business at the prestigious University of Georgia.

He has received numerous jaw drops, accolades, and praises during his modeling, fashion industry, and professional acting careers. During his college years, he wanted to try his hand at modeling.

He enjoyed it for a long time, as modeling was a crucial stepping stone in his career. His prowess and command of his profession were first seen and appreciated by the audience in 2004 when he was chosen as a contestant on the reality TV show ‘Manhunt- The Search for America’s Most Gorgeous Male Model.’

Matt Lanter’s Income And Net Worth

Matt is a family-oriented person who inherited this trait from his parents. Their family was extremely close, and it remains so even after his parents divorced. He maintains a cordial relationship with his stepfather as well. He grew up close to his sister, and they still have a special bond.

In 2013, he married Angela Stacy in a civil ceremony. They were delighted to welcome their daughter, Mackenlee Faire. Matt is ecstatic about fatherhood and clings to his adorable daughter. Matt has stated numerous times how grateful he is to his wonderful family.